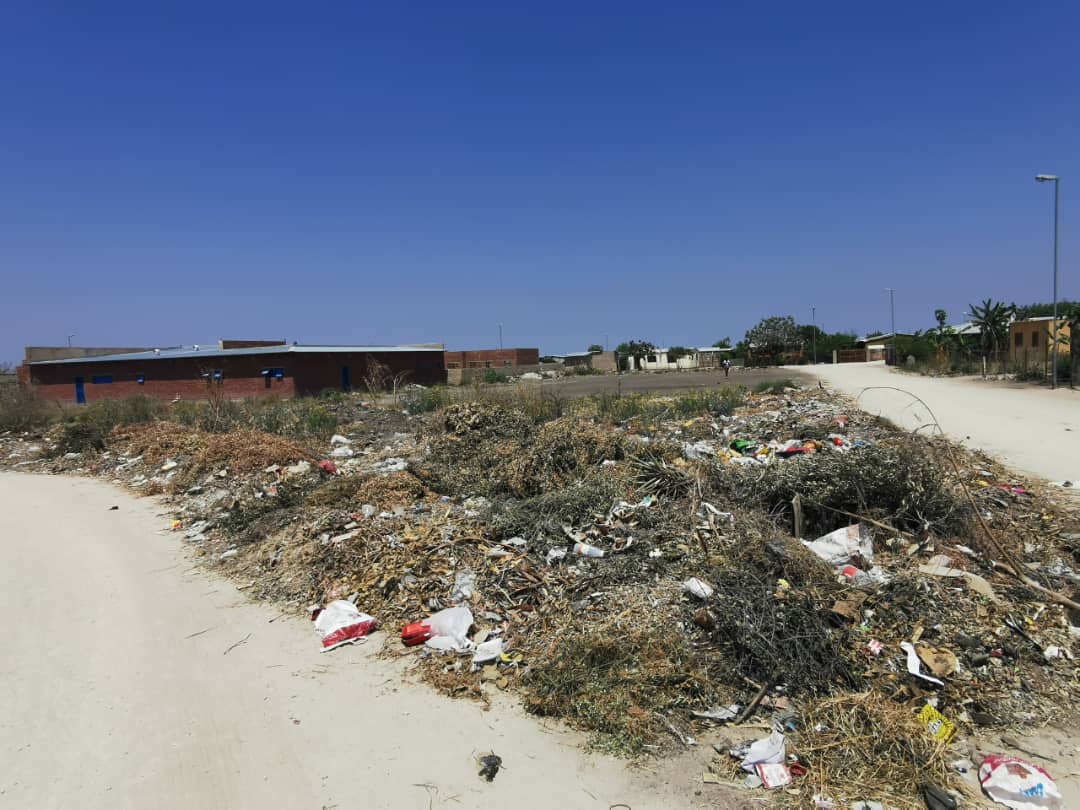 GROOTFONTEIN - The unroadworthy fleet of the Grootfontein municipality has left many parts of the town drowning in rubbish as they are unable to collect refuse.

Some residents who spoke to New Era said this has been happening for years as the fleet responsible for refuse removal is grounded. The fleet has been unroadworthy for the past six years, as council failed to pay for licence renewal fees to the Roads Authority’s Namibia Traffic Information System (NaTIS).

The municipality allegedly owes NaTIS more than N$1 million in accumulated fines since 2015 when the licences expired.

“We have noted that there are some previous councillors who are now sabotaging municipal efforts in rendering the services to residents,” mayor Lovisa Iyambo told New Era this week.  “The same councillors who were responsible for the upkeep and payments and servicing of the fleet, and failed, are the ones now mobilising the community against us. Such arrogance from these failed politicians must end, and they should be ashamed of themselves”, she charged.

The mayor said whenever the municipality tries to use the unauthorised vehicles to provide services such as refuse removal, some previous councillors will instead allegedly report to the police, who would then intercept such vehicles and suspend them from the road.

“Residents, it should be known now that your sufferings are caused by the same exact people who are feeding you lies. Among them is former management committee chairperson Jack Tsanigab. He was responsible to see that these types of inconveniences don’t exist. Had they done their work diligently, we could not be in this crisis,” stated Iyambo, who together with five others are the new members of the local authority.  Meanwhile, Tsanigab vehemently denied the allegation, challenging anyone to provide proof. “They must leave me alone. I left a long time ago. The municipality should focus on delivering services,” he said.

“I will sue whoever is levelling those allegations against me so that they can prove it beyond reasonable doubt. I am relaxing at home while submerged in uncollected waste. What will I benefit to call and instruct the police? In fact, I don’t control the police. These people are crazy. They should just do their work.”

Meanwhile, the municipality is considering auctioning the fleet so that they can procure new vehicles. In addition, the local authority is in the process of fixing and servicing broken vehicles so that it can be in a good state to undergo roadworthy testing.

“We contracted someone to fix and assist with the auction, and this process is ongoing. This will be implemented as a matter of urgency. So far, council has made efforts to pay part of the outstanding NaTIS fees, while we still source more funds to clear the debt. Because if it’s not cleared, there is no way we can register the existing or new fleet,” said Iyambo.  Former mayor Abisai Haimene refused to entertain any queries, only saying “I am busy” before ending the call.