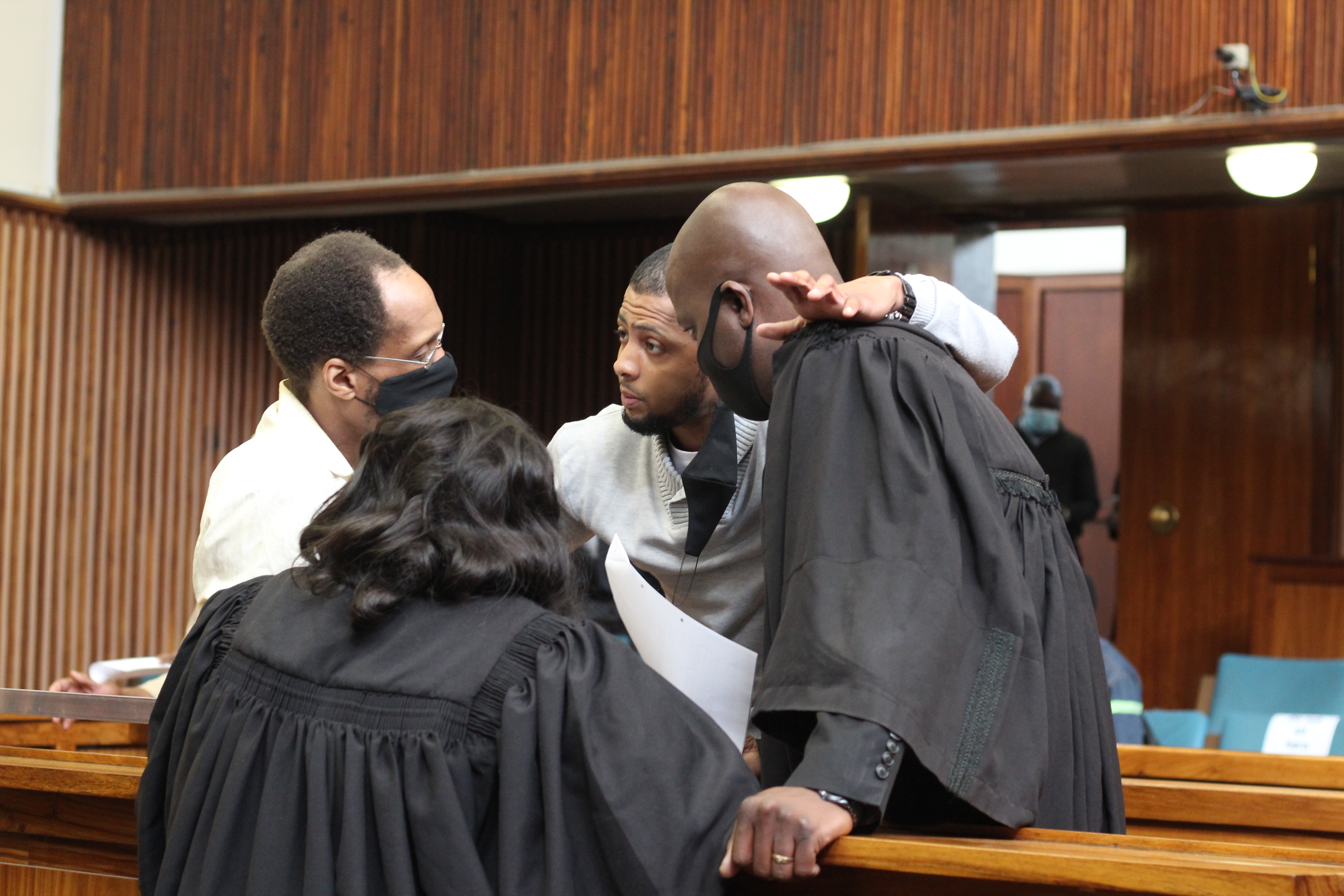 WINDHOEK - One of the State witnesses in the trial of two American citizens accused of the assassination-like murder of Andre Heckmair in Windhoek in 2011, yesterday strongly denied that either she or her friend had sexual relations with Kevan Townsend.

While Plaatjies admitted that she and Shaw were at the guesthouse the accused was staying at, she testified that she could not remember which day it was. She conceded that it could have been the early morning hours of 1 January 2011, but strenuously denied that anything sexual took place.

Plaatjies testified that she and Shaw went to celebrate New Year’s Day at a club in the city and when the countdown began, they went outside to dodge champagne showers. While they were standing in the parking lot of the club, two men approached them and introduced themselves as Kash and M.

They then exchanged phone numbers, and the two accused left while she and Roxy went back into the club. However, during cross-examination by Mbaeva and Mbanga Siyomunji, on behalf of Townsend, she said she was not sure whether they went home after the encounter, or went with the two accused to their guesthouse.

She further testified that she remembers being at the guesthouse at some stage, but could not remember when, but she does remember they were there until daybreak.

When both defence counsels pressed her on inconsistencies in a statement she gave to the police, she could only state that she told the police what she thought was relevant at the time. On their assertions that she was lying because she felt embarrassed about the sexual encounter, the witness strenuously insisted that such a thing never happened. She said while at the guesthouse, they only idled by the pool and “smoked some weed” under a lapa in the entertainment area.

She also testified that she, Roxy and the two Americans visited a famous restaurant where they spent “a couple of hours” having dinner and drinks during the evening of 1 January 2011.

Thomas and Townsend are accused of killing Heckmair through a single gunshot in the head on 7 January 2011 at Gusinde Street in Windhoek, and robbing him of his cellphone and wallet containing 100 Swiss Franc.

They are further charged with the intent to defeat or obstruct the course of justice for allegedly removing a notebook from police custody after the police had seized it as an exhibit, and/or burned, destroyed or otherwise disposed of some of the pages in the book.

They are facing one count of murder, one count of robbery with aggravating circumstances, three counts of contravening the Ammunitions Act, and one count of defeating or obstructing or attempting to defeat or obstruct the course of justice.

Both Thomas and Townsend remain in custody.