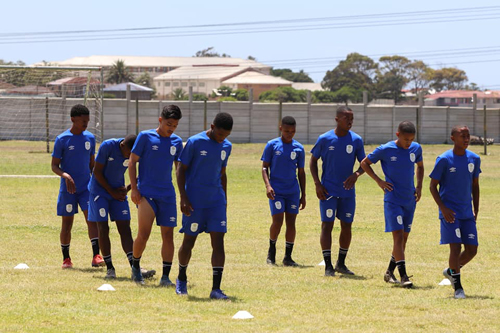 The national under 20 football side’s preparations for the African Cup of Nations got off to a slow start, as only six players reported for the training camp this week.

In a follow-up interview yesterday, Britz confirmed most of the players are yet to receive their results.
“Some of the boys are in camp already; so far, we have six players in camp, while most of them are still on their way. Most of them have not yet received their latest Covid-19 results, which have been delaying the whole process. We are hoping they can all get their results within the coming days,” Britz noted.

Namibia qualified automatically for the African showpiece by virtue of reaching the Cosafa Cup final.
The continental championship is scheduled for Mauritania between 14 February and 4 March this year.
- mkambukwe@nepc.com.na