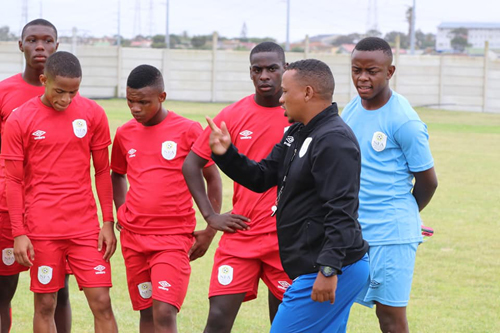 The national under 20 football side will start preparations in earnest ahead of the African Cup of Nations tournament slated for Mauritania between 14 February and 4 March.

The Young Warriors coach James Britz confirmed his team will resume training today following their exploits at the Cosafa U-20 championship, which saw them losing 1-0 to Mozambique in the final.

Namibia qualified automatically for the African showpiece by virtue of reaching the Cosafa Cup final.
In an interview with New Era Sports, Britz said the team will begin with their training today. Britz also added that all players should submit their recent Covid-19 test results before being permitted to join the training camp.

“We are starting with our training camp tomorrow after doing talent identification, where we travelled to all regions in the country.
We managed to visit various regions such as Oshana, Kavango West, Zambezi, Otjozondjupa and Erongo – just to mention a few,” he said.
“Before joining the camp, we have also requested players to come with their latest Covid-19 test results before being allowed to join the camp to ensure health and safety measures are adhered to.”

Britz added the team will be based in the capital; however, they will look out for a country in West Africa, where they will conduct few friendly games before the tournament begins.

“We are going to conduct our training sessions here in Windhoek, despite the fear of Covid-19, but we are also looking at other options of conducting our training sessions in other countries, most preferably in West Africa – that is where most of the powerhouses are. We want to have a few friendly matches before we leave for the main tournament,” he added.
“Playing with countries in West Africa will be very useful because we have already played with our southern African counterparts.”
- mkambukwe@nepc.com.na