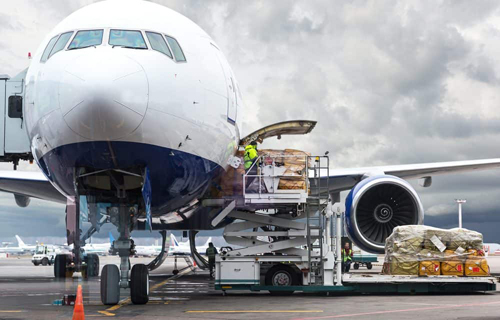 Global demand, measured in cargo tonne-kilometres (CTKs), was 6.6% below previous-year levels in November (-7.7% for international operations). This was on par with the 6.2 % year-on-year drop in October. The year-on-year decline is skewed as November 2019 had a boost in demand from the waning US-China trade war.
Seasonally adjusted demand (SA CTKs) continued to improve, increasing 1.6% month-on-month in November. This was a slight improvement over the monthly growth rate of 1.1% in October. Current month-on-month gains indicate that SA CTKs are expected to return to 2019 levels around March or April 2021.

Global capacity, measured in available cargo tonne-kilometres (ACTKs), shrank by 20% in November (21.3% for international operations) compared to the previous year. That is nearly three times larger than the contraction in demand. The capacity crunch is caused by a 53% decrease in in belly capacity. This has only been partially offset by a 20% increase in freighter capacity.
“Air cargo demand is still down 6.6% compared to the previous year, however, we are seeing continuing month-on-month improvements. Severe capacity constraints persist as large parts of the passenger fleet remain grounded. This will put pressure on the industry as it gears up to deliver vital Covid-19 vaccines,” said Alexandre de Juniac, IATA’s Director General and CEO.