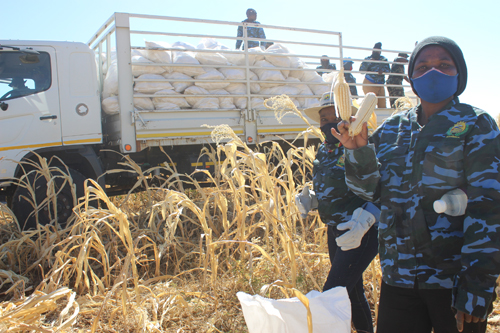 The agriculture and forestry sectors recorded a decline of 2.5% in real value-added in the third quarter of 2020 in comparison to a contraction of 5.5% in the same period in 2019.

The weak performance is attributable to the forestry sub-sector that registered a decline of 25% in real value added in the third quarter of 2020, compared to a growth of 0.9% recorded in the corresponding quarter of 2019.
According to the gross domestic product (GDP) quarter, three report from the Namibia Statistics Agency (NSA), the decline is due to reduced activities in the harvesting of timber resulting from the lockdown.

Furthermore, the livestock sub-sector registered a decline of 1% in real value added, albeit an improved performance during the period under review compared to a contraction of 7.6% in the same quarter of 2019.
“The sluggish performance is attributable to weak demand by export markets, reduced animals for slaughter however, herd-stock is increasing minimising the impact. Cattle export to abattoirs and butchers registered a decline of 68%, compared to a growth of 101.1% recorded in the corresponding quarter of 2019,” reads the report.

Alex Shimuafeni, CEO of NSA, further indicated during the month under review, Namibia recorded a trade deficit to the tune of N$3.9 billion.
The current figure shows that the deficit worsened by 160% and 44.1% from its level of N$2.7 billion and N$1.5 billion recorded in October 2019 and September 2020, respectively.