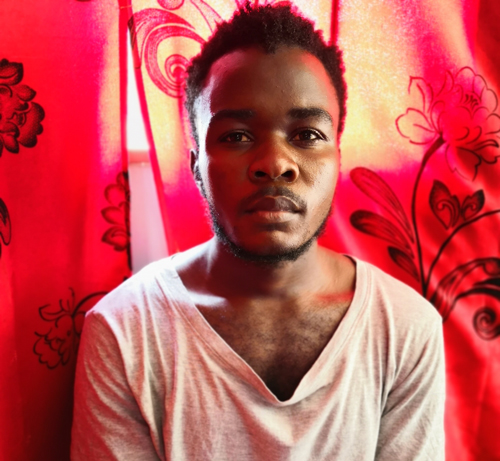 OSHIFO – A 23-year-old man who matriculated from the Rukonga Vision School at Divundu in the Kavango East has appealed for financial support to realise his dream of acquiring a qualification after failing at two attempts to further his studies.

Mbitukorua Murumba was the toast of his family in 2018 when he obtained 49 points in seven subjects upon completing his grade 12 at the sought-after Rukonga Vision School.

The school, which is situated in Divundu, was established as a centre of excellence for children who come from poor backgrounds across the country.

However, lack of finance over the years disrupted his mission of furthering his studies at local institutions of higher learning.
Murumba, who hails from the marginalised Ovahimba community, deep in the mountains of Otjamaungu village in the Ruacana constituency, said his widowed, unemployed mother cannot afford to send him to university anymore.

After completing his secondary school, Murumba with the help of his mother and some Good Samaritans in 2019 enrolled for computer science at the Namibia University of Science and Technology, however, he dropped out four months later as he could not afford the cost of studying.
He narrated how his mother sold livestock to send him to school. However, his life at university was short-lived.

Last year, Murumba with the help of a Good Samaritan secured registration fee and enrolled for an online course at a local university, but the same fate caught up with him, as he could not afford data and dropped out again. “I had no electricity, I had no data,” said Murumba. With the academic year set to start soon, Murumba said he has not given up on his dream of going to university and has hopes of doing mass communication as he is passionate about writing and computer science. However, without financial support, Murumba is likely to sit for another year at home. Narrating his short time at the university, Murumba said there were times he had no taxi money to attend classes or food to eat but he kept pushing. “There were people who came through for me, gave me transport or sometimes food because many a time I had nothing, but only my registration fee was paid there was no further money to pay the full tuition,” said Murumba. He described his experience as very painful and disheartening as many of his peers are now at varsity chasing their dreams while he is home. Murumba has since moved to Oshifo in Ruacana to do odd jobs to keep him going, however, with Covid-19 even the odd jobs have become scarce. For now, he spends his days reading and writing and hoping for a better tomorrow.
nashipala@nepc.com.na