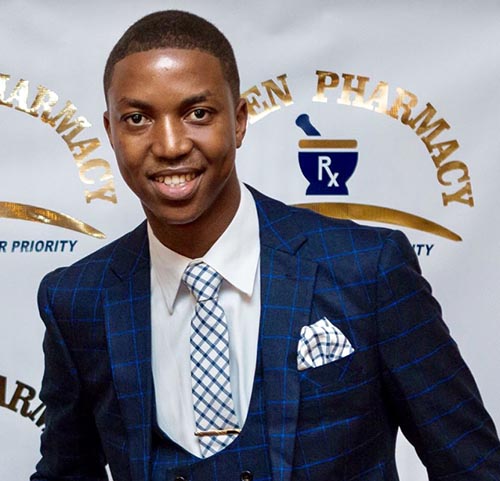 Self-proclaimed foreign exchange trader Michael Amushelelo says the preservation order issued by the High Court in 2020 against his bank accounts and properties was illegal as it was not issued in court.

Amushelelo wants the court to declare the preservation order issued by Judge Harold Geier on 4 December 2020 null and void and of no effect, as it was granted in a manner not consistent with the law. Furthermore, it cannot be made final, as there was no lawful preservation order.

On Wednesday, his lawyer Sisa Namandje said a judge cannot issue a serious order that has far-reaching consequences in chambers and in the absence of the affected parties.

“We submit that the order of 4 December 2020 was a complete nullity because it was not made in court - whether open or in camera. It was, rather, made in chambers in the absence of any of the parties, notwithstanding its far-reaching and invasive effects,” Namandje submitted.

He said there is no justification why the order was made in the judge’s chambers. Thus, the order could not have been confirmed on 29 January 2021 as it was unlawful.

“This inevitably leads to one outcome, which is that there was no preservation order pending, as a matter of law, when the prosecutor general instituted its forfeiture application,” he added.

The prosecutor general, represented by Loide Angula, said the parties were called to show cause why the preservation order should not be made final on or before 29 January 2021.

“Instead, the respondents (Amushelelo and his entities), on the return date, opted to not use the opportunity afforded to them, and agreed to the confirmation of the rule nisi on the basis that they would have an opportunity to oppose the making of the forfeiture order,” stated Angula.

She added that an order made in camera constitutes an order of court, and has the same legal effect and consequences as an order that is made in open court.

So, the court should dismiss the application.

Judge Thomas Masuku will give a ruling on 3 February 2023.

According to prosecutor general Martha Imalwa, Amushelelo used his social media accounts to entice members of the public to believe that he is conducting a business of forex trading and investing in “Project One Million”. The investors were promised 50% interest payouts within two months.

A total sum of N$86.8 million was paid into the bank accounts of Amushelelo and his various entities by members of the public.

A total sum of N$64.8 million was paid out for Project One Million investments.

On 23 July 2020, the bank accounts of Amushelelo and the various entities had combined positive balances of N$13.1 million.

Thus, the ‘scheme’ was insolvent as it was unable to make payments totalling N$130.3 million to its investors. There is a shortfall of N$43.4 million, making the scheme insolvent.

“Amushelelo used the newer (subsequent) investors’ money to make Project One Million pay-outs to the older (earlier) investors. He used “Forex” and “Ironfx” references on the bank accounts’ transactions to create the impression that he was dealing in forex,” submitted Imalwa in court documents.

Imalwa said based on the analysis of the transactions, the positive balance in Amushelelo’s bank accounts consist of money from members of the public.

“The money received for Project One Million ‘investments’ was never reinvested on the forex markets,” she added.

Amushelelo allegedly used investors’ money for personal use and to fund his other businesses through inter-account transfers.

For the money he generated through his businesses, he allegedly owes N$15.6 million.

Amushelelo has denied the allegations, claiming that he entered into business with members of the public at a substantive level, and simply undertook a partnership agreement by investing in an area that is not statutorily regulated in Namibia.

He claims the State has failed to make out a case of money-laundering against him. According to him, his businesses are not liable to pay tax as they were not in existence for more than a year.

The prosecution has since charged him and co-accused Gregory Cloete, four close corporations, a company and a trust controlled by Amushelelo.

Amushelelo is facing 365 counts, while Cloete is charged with 360 counts. These charges range from fraud, alternatively theft by false pretences, conducting a banking business without authorisation and conducting a Ponzi scheme, tax evasion, tax fraud, failure to pay tax, money-laundering and racketeering.

He is in police custody, and is due to appear in the Katutura Magistrate’s Court today on charges of public violence and incitement to commit an offence.

He has been in custody since his arrest on 13 May after a protest against businesses at Windhoek’s China Town.