Brave Warriors players not yet paid 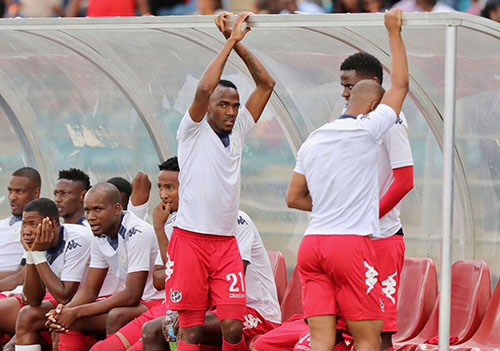 Frustration is mounting among dismayed Brave Warriors players who are still owed selection and appearance fees from their two-legged 2022 Fifa World Cup Group H qualifiers against Senegal on 9 and 12 October 2021 in Thies, Senegal and at the Orlando Stadium in Johannesburg.

A group of disgruntled Warriors, who spoke to New Era Sport on condition of anonymity, vented their frustrations with the delayed payment of their outstanding fees by the Namibia Football Association (NFA), saying the worsening situation is starting to hamper their morale ahead of their 2022 Fifa World Cup qualifier away to Congo on 11 November.

“There is no communication from the NFA leadership, those guys are not even telling us when we should expect our money for the two Senegal games. They are now expecting us to go into camp for the coming Congo match, but how do you expect a team to perform under such conditions. It’s not good at all. We didn’t want to come to the media but those people left us with no choice,” said one of the peeved players.

Another player added: “It is very unprofessional and when the team does not perform well, we the players are blamed but people do not know what is going on behind the scene. They must at least pay us half of the money owed to us; they just can’t be quiet. It is very frustrating; we also have families and needs to cater for. It can’t go on like this”.

Contacted for comment yesterday, NFA secretary general Franco Cosmos was reluctant to answer all questions posed by this publication, saying the NFA does not discuss players’ contract issues with the media or the public.

“I cannot do that; I can’t discuss players’ confidential information with the media. We have contracts with those guys [players] and it will be very unprofessional of me to disclose the contents of their contracts with the public or the media. I can’t do that. I don’t know who ran to the media with such information, but that is their problem and not ours. But as for me, I can’t disclose or say anything,” said a defensive Cosmos, without clarifying as to when the players will receive their outstanding money.

‘The NFA is broke’

This publication sought further clarity with one of the NFA’s executive committee members, and also speaking on condition of anonymity, he said he does not have much information about the non-payment of players’ fees but did, however, admit that the NFA is financially skating on thin ice.

“I can’t share much on that [non-payment of players fees] but I do know for a fact that the NFA is not doing financially well at the moment. There are cash flow problems and I don’t think it is only the players’ payment issue, but also with other things such as the Namibia Premier Football League (NPFL) transitional season, which hasn’t kicked off yet. I don’t think they will resume with the NPFL transitional season because there is simply no money. But to answer your earlier questions; I’m not surprised by the players situation at all,” he said.