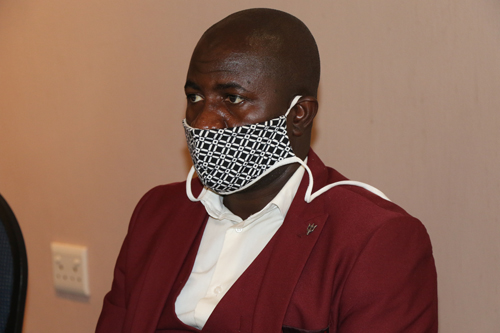 KATIMA MULILO – Katima Mulilo CEO Raphael Liswaniso says his remarks that bad roads around the town are a result of not having quality gravel near the town were taken out of context.

“I did not say potholes on bitumen roads are a result of poor gravel, I was misunderstood. Potholes on the bitumen roads are a result of not having storm water drainage. This is not a problem of Katima alone, it is also in other towns like Rundu, and this is due to how the roads were initially constructed. So when it rains water becomes stagnant and the bitumen starts to melt and causes potholes,” said Liswaniso.

He however maintained that gravel roads within the town are always washed away during the rainy season due to poor quality gravel. “We don’t have quality gravel close to town. We have quality gravel in other areas in the region like Muyako which is G5 or G6. However getting gravel from Muyako is costly, that’s why we are looking at an option to get the G7 gravel which is quality from a quarry in neighboring Zambia,” stated Liswaniso. He further explained that the discussions to get gravel from Zambia have just started and may not be realised soon. Nevertheless he was adamant that discussions might be fruitful before the end of the year.

“In the meantime we are looking at local suppliers of G7 gravel, so that we can mix it with our G4 gravel from Liselo; that process is underway. Our plan is that after putting gravel we immediately upgrade such roads to bitumen standard, depending on the availability of funds, because gravel is expensive to maintain compared to bitumen,” stated Liswaniso.

Residents of Katima Mulilo have continually criticised the town council for failing to maintain the roads, which are normally in a sorry state particularly during the rainy season. Liswaniso maintains that roads will be fixed after the rainy season.