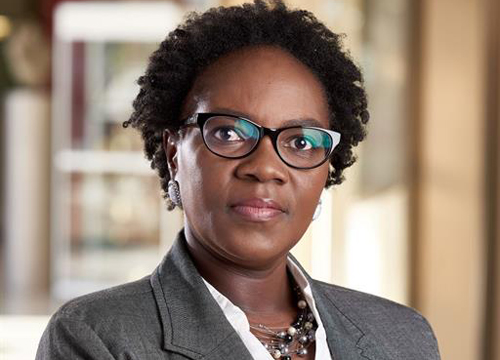 According to an update from the Bank of Namibia (BoN) for Q3 2020, the quarterly recorded deficit was attributed to an increase in the merchandise trade deficit, reflecting a significant decline in export earnings and an increase in import payments.
Director of Strategic Communications and Financial Sector Development at the central bank, Emma Haiyambo, said the deficit on the current account was also attributed to four increased net outflows on the services account resulting from higher net payments for transportation services.

On an annual basis, however, the current account improved from a deficit of N$1.1 billion registered in the corresponding period of 2019, mainly underpinned by higher inflows on the secondary income account as Southern African Customs Union (SACU) receipts improved.
As a ratio of gross domestic product (GDP), the current account deficit stood at 1.1% in the third quarter of 2020, compared to a surplus of 11.1% and a deficit of 2.4% registered in the preceding quarter and the corresponding quarter of 2019, respectively.

Furthermore, Haiyambo stated that the stock of international reserves stood at N$32.7 billion at the end of the third quarter of 2020, representing an import cover of 5.2 months, which is more than adequate to maintain the one-to-one peg with the South African Rand.
“At the end of the third quarter of 2020, Namibia’s international investment position recorded a net asset balance compared to net liabilities a year earlier, as foreign assets rose while the country’s foreign liabilities declined. The Namibia dollar weakened against all major trading currencies over the year to the third quarter of 2020, mainly as a result of the downgrade of South Africa’s sovereign credit rating, coupled with the Covid-19 related uncertainty in global markets,” she explained.

Growth in money supply (M2) rose while that of credit extended to the private sector remained subdued. The growth in M2 was sustained by a rise in the net claims on central government and by the net foreign assets (NFA) of the depository corporations driven by exchange rate revaluations. According to BoN, the rise in M2 was probably an indication of the precautionary motive of depositors due to economic uncertainties exacerbated by the Covid-19 pandemic and was especially reflected in an increase in transferable deposits.
Meanwhile, Haiyambo said growth in credit extended to the private sector slowed due to lower demand for credit and net repayments by businesses.

“This was in line with the prevailing weak domestic economic activity. Money market interest rates eased over the year to date as the BoN lowered its repurchase rate significantly to support economic activity, with the most recent such rate reduction effected in August,” she elaborated.
- mndjavera@nepc.com.na