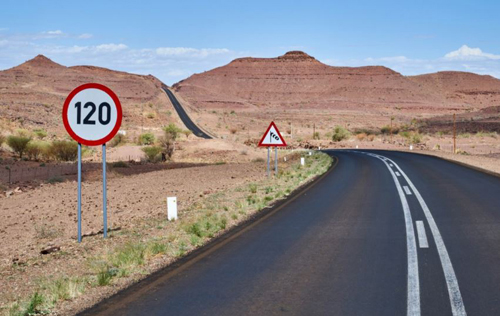 Two strategic projects at the Road Fund Administration (RFA), namely the mass distance charges automation project (MDC) and the tolling study project, have been earmarked to address efficiency and equity principles while at the same time focusing on the diversification of the company’s revenue base.

The chief executive officer (CEO) of RFA, Ali Ipinge, said with regard to tolling, a study was commissioned during 2020 to explore the viability of maintenance tolls in Namibia. He noted that preliminary results have indicated the strong economic feasibility of tolling certain sections of roads in Namibia, which will be explored this year.

The integrated annual report for 2020 revealed that the RFA recorded revenue of N$2.59 billion which was collected during the financial year ending 31 March 2020 compared to N$2.50 billion in the prior year, a year-on-year revenue increase of 4%, while expenditure of N$2.36 billion was recorded.

The CEO further stated that an operating surplus of N$240 million was recorded and will be reinvested into the national road infrastructure during the current financial year.

“A growth in assets of 20%, from N$1 billion in the previous year to N$1.2 billion as of 31 March 2020 further strengthened the financial position of the fund. An amount of N$1.77 billion was invested in the national road network, representing a 2.7% increase from the previous year,” outlined Ipinge.

A total of N$2.36 billion was invested in the local economy during the year through allocations made by the fund to approved authorities (AAs), of which 75% was used for national road sector projects and the administration thereof, with the remaining 24% to AAs for road safety.
According to him the RFA subsequently restructured its balance sheet, from negative equity of N$191 million to a positive equity of N$49 million by the end of the 2020 financial year.

“This was primarily as a result of the drive to consistently increase revenue, strengthening systems, and improving employee productivity. This has positioned the RFA as an organisation that adds significant value for its shareholder, stakeholders, road users, its employees, and society as a whole by ensuring a sustainable road infrastructure in Namibia,” reads the report.
The impact of the restriction on transportation and the movement of people during the lockdown period has negatively affected revenue collection across all the fund revenue streams.

To safeguard the solvency of the fund through the Covid-19 pandemic, Ipinge said revenue projections for the 2020-2025 business plan period were revised downwards in line with the economic realities facing the organisation.
Revenue estimations were reduced by N$180 million for the FY 2020/2021, and by N$1.4 billion over the remaining four-year period.
– mndjavera@nepc.com.na