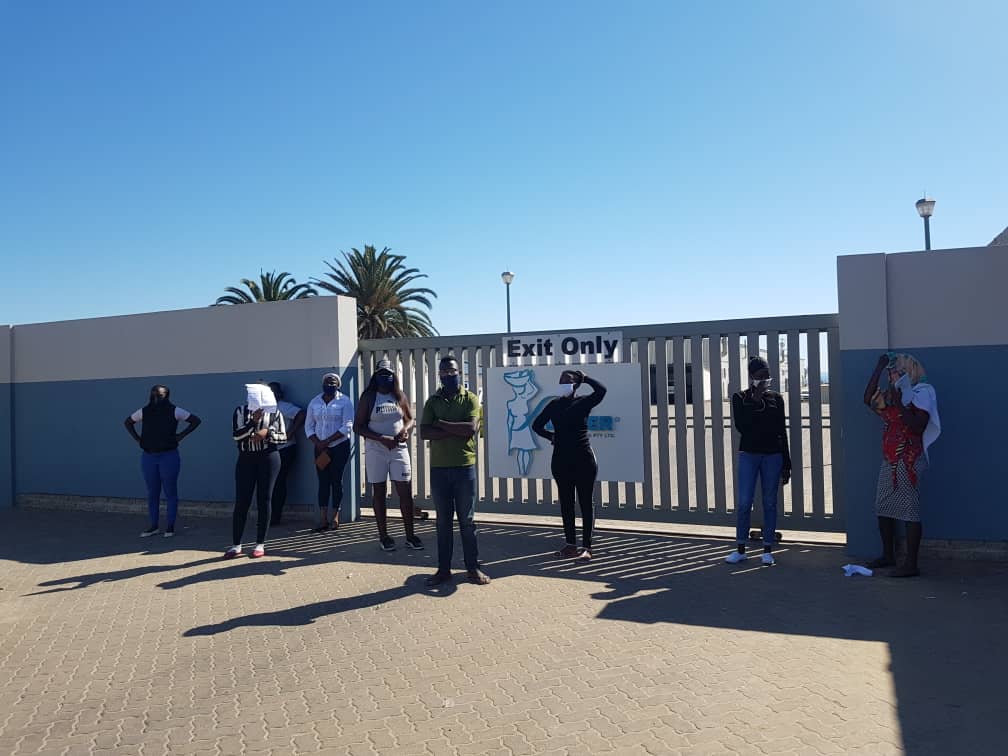 WALVIS BAY – The interim board chairperson of the National Fishing Corporation of Namibia, Mihe Gaomab, says the fate of former Seaflower Pelagic Processing employees, who were temporarily employed by Tunacor, lies with the fisheries ministry.

Tunacor had offered three months temporary employment to about 400 former employees of SPP. In exchange, Tunacor was offered a 4 000-metric ton quota last year and paid the temporary employees N$2 500 per month.

The three-month agreement ends today. The workers have been demanding permanent jobs, as the current arrangement was not desirable for them. The workers face a bleak future after the SPP quota allocated through Fishcor was withheld due to the state-owned company’s involvement in the Fishrot scandal.  “We are  awaiting on the fisheries minister to pronounce himself on the quota allocations. We are hoping for favourable development to secure employment for the ex-SPP employees as well as to address our operational problems,” Goamab said yesterday, affirming the fate of workers was depended on such allocations. He said the board was actively also looking for an amicable solution to ensure meaningful employment for the SPP employees at Walvis Bay. SPP, the horse mackerel processing plant, was established through a joint venture between Fishcor and African Selection Fishing (ASF) in 2017.

This agreement allows SPP to access at least 50 000 metric tons of horse mackerel until 2031. However, the company is going through rough seas and unable to exploit its quota due to an ongoing dispute with government over the Fishcor partnership.

Some of the employees expressed their concern, saying the deal with Tunacor does not provide security even though it puts bread on the table.