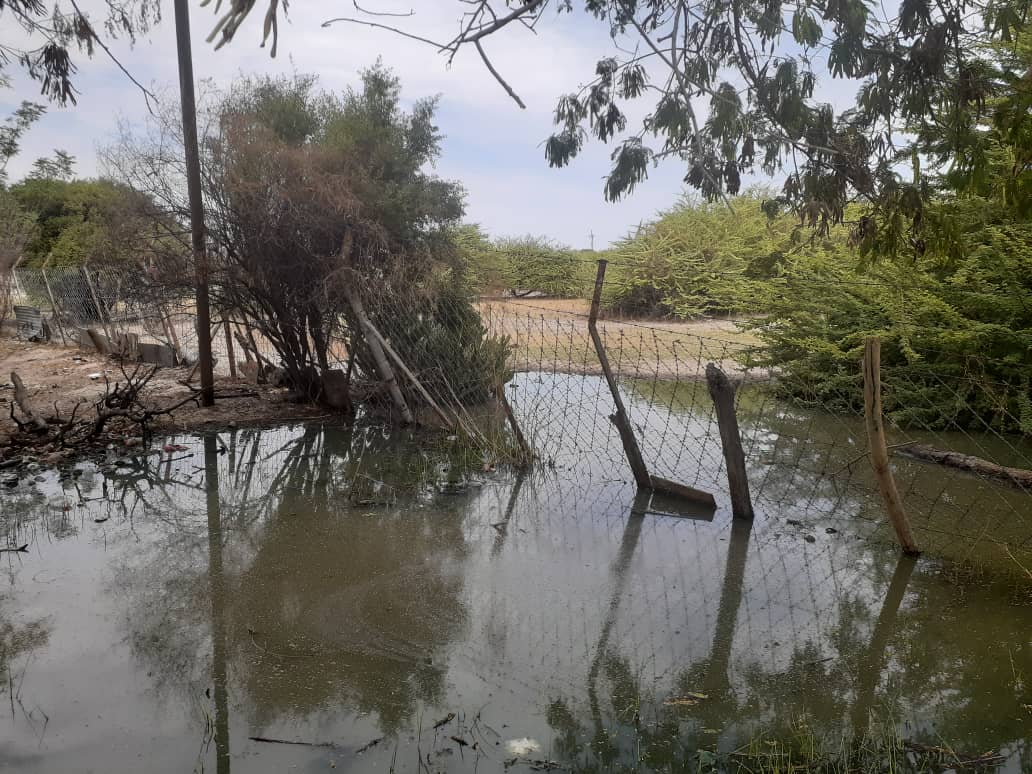 OMUTHIYA - Nearly three weeks after schools reopened for the new academic year, learners and staff of Onguti Senior Secondary School are still in limbo when to commence, as the school remains submerged in sewage water.

Fearing to contract diseases due to the unhygienic condition, the school remains closed, however, teachers go to school on a rotational basis.

Some parents who called New Era are worried their children will remain behind in terms of learning, considering the uncertain times of Covid-19.

It is alleged that the sewage pump and drainage system is old and worn out, hence it has been a recurring phenomenon over the years despite time-to-time repairs.

“The appointed contractor for the pump is not yet on site, but we have a sewage pipes replacement contractor doing some work, but on a slow pace. The big problem has been reported to them last year and the director was aware. It has been attended to before through the ministry of works, but it keeps on breaking, again and again,” stressed a source who declined to be named for fear of reprisal.

Education director Aletta Eises also acknowledged work has started at the school since last week, but could not shed light on the progress, saying she was out of the region on official duty.

Meanwhile, acting education director Vilho Shipuata said the delay is due to the pump and equipment that was ordered from South Africa and which is yet to arrive.

“Our initial plan was to close for a week, but things got out of hand because the needed equipment were ordered abroad. We are however, expecting to receive them anytime, and once arrived, the contractor promised to fit and fix them the same day. Therefore, anytime from next week we might open for face-to-face learning,” he said.

In terms of learning, he said teachers are using backup plans such as e-learning and other methods, while contingency plans are in place to recover the lost time.