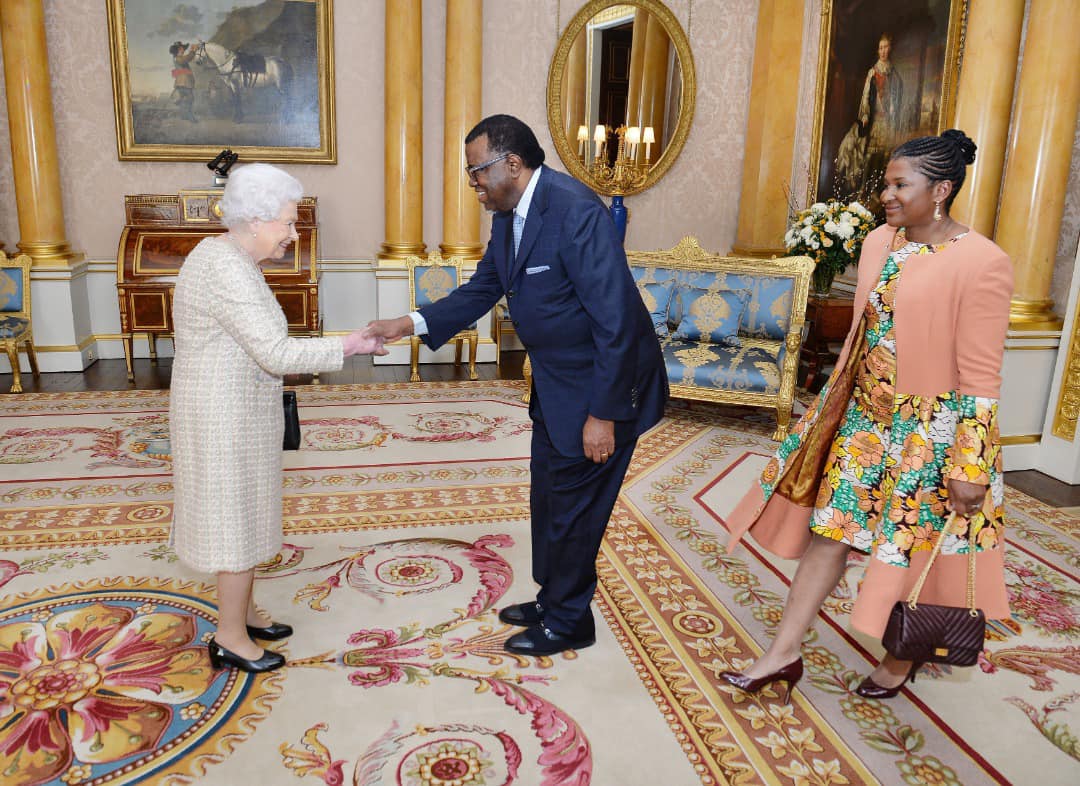 President Hage Geingob last night expressed “deep sadness” over the death of Queen Elizabeth II. The British queen died at her Scottish Highland retreat on Thursday at the age of 96. “The passing away of Her Majesty after over 70 years of venerable reign, resonates across the United Kingdom of Great Britain and Northern Ireland, and indeed across the Commonwealth of Nations and the world at large,” Geingob said in a statement.  “During this period of grief, on behalf of the People and Government of the Republic of Namibia, I extend heartfelt condolences to the People and Government of the United Kingdom and the Royal Family.” Geingob also recalled his last encounter with Queen Elizabeth.  “Many of us have wonderful memories of Her Majesty during her outstanding reign. I fondly recall my own interactions with Her Majesty. During her visit to Namibia in 1991, I had the opportunity to take Her Majesty to Katutura,” Geingob reminisced. “A year later, I met Her Majesty and she could recall vividly our exchange during her visit to Namibia. In 2017, as Head of State, I had the opportunity to pay a courtesy visit to Her Majesty Queen Elizabeth II and I recall with fondness her friendly demeanor, ability to affectively share light moments. Her Majesty Queen Elizabeth II will forever be remembered for her remarkable reign, hard work and dedication in service of the People of the United Kingdom and the Commonwealth. Her commitment to service will continue to serve as an inspiration to current and future generations.”  “May God be with His Majesty King Charles III, the People of the United Kingdom, the Royal Family and friends, offering them comfort during this time of mourning.May the soul of Her Majesty Queen Elizabeth II rest in eternal peace.”