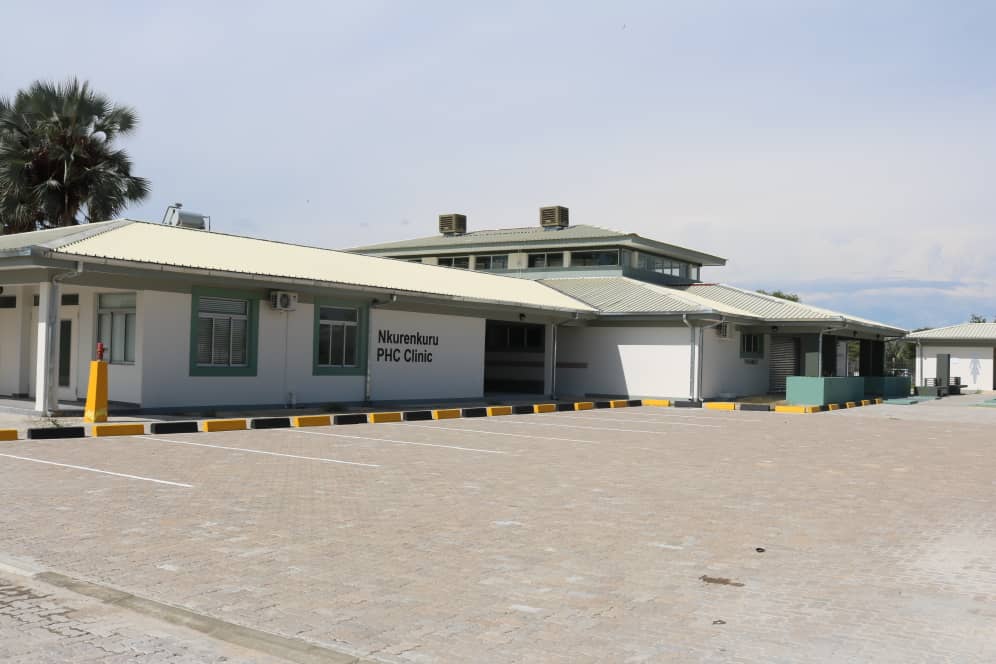 NKURENKURU - Kavango West governor Sirkka Ausiku says since the creation of the region in 2013, it has managed to record some achievements in development and service delivery.

She said peace and stability, which could not be achieved without independence, paved the way for the region’s achievements.  “As we celebrate independence, we would like to appreciate the government’s efforts and support to the region since it was created,” she said. Kavango West has seen the construction of additional classrooms at various schools, including major renovations at Kandjimi Murangi Senior
Secondary School, which came with a brand-new kitchen and dining
hall.  The region has implemented some notable developmental projects, including the creation of new constituencies, resulting in the construction of new constituency offices.  The construction of the government office park is targeted to be completed in 2024, and the construction of the rural development centre at Rupara village in Musese constituency is also ongoing.

Further, the proclamation and gazettement of Katwitwi settlement in 2016 has also resulted in the construction of services at the settlement.  “The region saw the establishment of the International University of Management (IUM) and Welwitschia University both setting up their campuses in Nkurenkuru and also the commencement for the construction of the Nkurenkuru Vocational Training Centre.” According to Ausiku, information and communication technology (ICT) developments such as the expansion of the telecommunication networks, expansion of radio and television coverage and the introduction of the NBC digital system as well as the expansion of the mobile telecommunication networks for MTC and TN Mobile also took place.  “The construction of the Ministry of Information and Communication Technology (MICT) regional office and the establishment of the directorate of health and social services in the region are also some of the projects that we can celebrate,” she said.

She said the establishment of community forests and conservancies, namely Katope, Ncumcara, Mbeyo, Ncamagoro, Kahenge, and the Ambrosius Haingura and Maurus Nekaro conservancies. Can benefit residents in these forests and conservancies, in terms of projects to be implemented.  The governor said since the region was ranked as one of the poorest by the Namibia Statistics Agency (NSA) Multi-Dimensional Index Report, council identified a number of developmental projects as priority needs for the region.  It is believed that if they are attended to and implemented there will be improvement.

The governor stated the region requires the construction of an intermediate hospital with all the necessary medical services to cater for the population. Kavango West is also in need of more road infrastructure to improve its
current road network.  “There is a need for the development of feeder roads in our deep rural areas that can connect with the national roads. Road network is a very important aspect of development. When there are proper and enough roads in a region, development also moves faster because access to underdeveloped areas becomes easy, which is not the case in Kavango West,” she said.  “We appeal to the line ministry and NamPower for the electrification of all identified growth points and future settlements such as Katwitwi, Kahenge, Rupara, Mpungu, Katjinakatji, Ncamagoro and Bunya,’’ she added.

According to the governor, there is a need for the Ministry of Urban and Rural Development to consider the compensation of affected residents to pave way for development in terms of basic municipal infrastructure in Nkurenkuru town and Katwitwi settlement. “Since Nkurenkuru is the capital of the region, the demand for serviced land is growing. The region will continue to implement its key activities under the Directorate of Water Supply and Sanitation Coordination, such as drilling and installation of boreholes, rehabilitation of boreholes, repair and maintenance of water infrastructure and the implementation of the sanitation programme in the rural communities,’’ she noted.

A concept document on water pipelines was drafted and presented to the minister of agriculture, for consideration and budgeting.