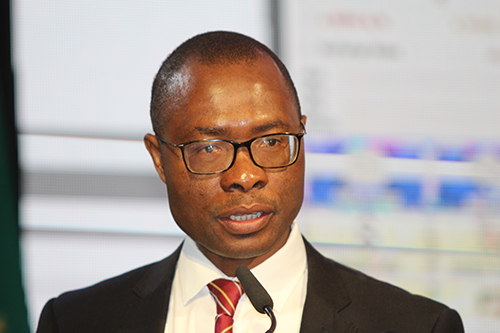 WALVIS BAY – Treasury has raked in about N$408 million, following a governmental objective quota auction held in June this year. Finance minister Iipumbu Shiimi on Tuesday said the outcome of the latest auction was an indication that government could realise huge profits if the process is done correctly.

Government in June this year made 15 948 metric tons of hake, 87 500 MT of horse mackerel and 392 MT of monk available on auction to the highest local and international bidders.

The remainder of the horse mackerel quota, 27 000 MT, was offered to the Democratic Republic of Congo, which paid N$85 million for the quota.

Shiimi said the latest outcome has convinced government that auctioning remains the appropriate method of exploiting the quota allocated for governmental objectives.

“As you would recall, government decided to sell the fish quota through a competitive auction to the highest bidder.

The aim was to determine the correct value of Namibia’s fishery resources with the view to ensure that the country fully benefits from her natural resources,” Shiimi said.

He added that government after the first unsuccessful first auction last year, went back to the drawing board to fine-tune the process. “The finance and fisheries ministries conducted the auctions. The fisheries ministry consulted with the industry while the embassies were also used to invite interested international bidders to partake in the fishing

quota auction,” Shiimi explained. According to Shiimi, bidders were required to provide bid deposits or bank guarantees to avoid speculative bids that distorted the auction held during 2020. “Therefore, the tender invitation required prospective participants to either make a deposit equivalent to the reserve price or to provide a bank guarantee equivalent to the bid price multiplied by the number of metric tons applied for,” the minister said.

The proceeds from the auction is expected to fund the government priorities, especially in the health sector, which needs additional funds to combat Covid-19.