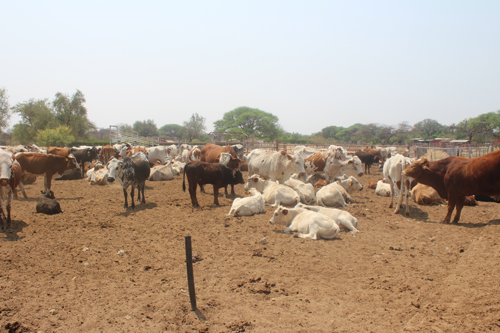 Government has rescinded its decision to scrap the willing seller, willing buyer method of farm acquisition.
Getting rid of the system would constitute a constitutional bridge, it was recently determined.
This was revealed in the progress report on the implementation of the resolutions of the 2nd Land Conference.
The report, which was released recently, covers the period October 2018 to November 2020. It highlights the progress made on the resolution taken during the second land conference.

Under the willing-buyer, willing-seller policy, the government bought farms at market prices and had the “right of first refusal” for every farm that comes on the market.  Government in 2018, however, decided to do away with the system, citing it has not managed to deliver on the government’s objective of speedy land delivery for its citizens.

The progress report, however, states that through various wide-ranging consultations, it was found the resolution on scrapping the willing seller, willing buyer would be unconstitutional.

According to the report, the resolution would go against the right to sell and buy property in Namibia, which is entrenched in Article 16 of the Namibian Constitution.
“This means that the express deletion of the principle of willing seller, willing buyer from the ACLRA, 1995, would be a futile exercise, as the right to buy and sell will remain entrenched in Article 16,” the report states.

The system has been highly criticised for being too costly for the government, and that it slowed down the pace of resettlement.  The idea, as recommended by the 2nd Land Conference, was to abolish the willing seller, willing buyer and to replace it with alternative acquisition methods.  The conference also agreed to adopt a ‘one Namibian, one farm’ policy to discourage multiple ownership of agricultural land by individuals, and that the government should expropriate underutilised farmland and those owned by absentee landlords with just compensation as guided by the Constitution.  The idea was that white farmers would voluntarily sell land to black buyers, who would often rely on government support so they could afford the price. Whenever a current owner put land up for sale, the Conference recommended giving the government preferential rights to buy.

This policy, however, faltered fast. For one thing, the land purchases by government agencies were slow and inefficient.
According to official data published in 2018, over 8 million hectares (a bit more than one-fifth of the privately-owned farmland), were offered to the state since 1992, but only 37% of that land was actually bought.
Statistics reveal that whites still own almost 50% of the land. The descendants of the people who were dispossessed under colonial rule remain landless.

Making matters worse, inequality persists even where redistribution has occurred. It is now no longer necessarily based on pigmentation.
Many members of the political and administrative elite have been classified on paper as belonging to the “previously disadvantaged”, which made them eligible for land redistribution.

Many of them are originally from Namibia’s northern regions where land had always remained in the possession of the local communities. To own a farm is now a status symbol for members of the new elite.
It was, therefore, no surprise that another prolific recommendation of the last land conference was that foreign-owned agricultural land should be expropriated with just compensation.

The land conference resolved that the government should also expropriate foreign-owned agricultural land and also that foreigners should no longer be able to own land in urban areas, except for business purposes.
All underutilised commercial land owned by Namibians are also eligible for expropriation.

The report notes that the line ministry has identified 281 farms, totalling 1.3 million hectares, owned by foreign nationals as of September 2018.
The conference also agreed to adopt a ‘one Namibian, one farm’ policy to discourage multiple ownership of agricultural land by individuals, and that the government should expropriate underutilised farmland and those owned by absentee landlords with just compensation as guided by the Constitution.
- tjatindi@gmail.com