Home / Gustavo still unemployed…applies for access to his funds 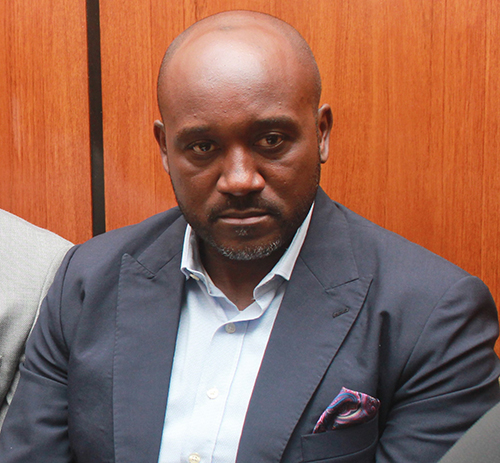 Ricardo Gustavo, one of the Fishrot accused, is yet to commence work, despite having confirmed under oath that he has been offered employment.

In court documents filed on Friday, Gustavo’s lawyers Brockerhoff and Associates said “up to date, the applicant (Gustavo) has not taken up employment yet.”

The accused has applied to gain access to funds to pay his legal fees, which have amounted to N$1.3 million, and claims he has not paid his lawyer since November 2020. He further wants an additional N$1.5 million for anticipated legal fees in the ongoing restraint application by the Prosecutor General and the subsequent criminal trial before the High Court.

“The non-payment of my invoices has severe consequences on my constitutional right to a legal representative of my choice. I am almost certain that if I do not pay my legal practitioners, they will withdraw from the matter,” he said in his affidavit.

Gustavo, who was released on bail of N$800 000 on 15 December last year, swore under oath before High Court Judge Herman Oosthuizen last year that he had been offered employment, and would lose the opportunity if not released on bail. He also informed the court that he would be able to work from home and earn money for legal fees.

His bail conditions include restricting him largely to his Finkenstein Estate home, reporting twice daily at the Kappsfarm police station, and at the Anti-Corruption Commission’s offices every Monday, Wednesday and Friday.

He is also not allowed to have control over or apply for travel documents, and cannot contact his co-accused or the State’s witnesses.

Despite being offered the option of paying a guarantee valued at N$500 000 and a cash amount of N$300 000 if unable to post the full bail amount, Gustavo is reported to have paid N$800 000 in cash on the day he was granted bail.

He became the first of the group of businessmen and politicians, facing a handful of criminal charges, to be released on bail since their arrest in 2019 and 2020.

His assets and those of his co-accused, former fisheries minister Bernhard Esau, former justice minister Sacky Shanghala, businessmen James Hatuikulipi, Tamson Hatuikulipi, Pius Mwatelulo and various companies they own, are subject to a restraining order.

Prosecutor General Martha Imalwa is opposing Gustavo's application. In her replying papers, she noted that he has not fully complied with the law as he has failed to disclose his tax liability of N$7.4 million as well as a civil claim of N$71 269.45 filed against him by the Finkenstein Village Owners Association.

“Moreover, the first defendant (Gustavo) makes no mention of his current bank balances and other liquid assets, which undoubtedly he has access
to,” said Imalwa.

She indicated that the court should not grant Gustavo the orders he seeks as he has not complied with the prerequisites. Thus, the court would not be in a position to determine that he is unable to meet his legal expenses from unrestrained assets.

Imalwa highlighted that Gustavo testified during his bail application that he was offered employment, and would make use of his income to pay for his legal fees. Furthermore, his family is paying for expenses in respect of his bond and his children’s school fees.

According to her, Gustavo’s bail testimony gave an indication that he was now able to cover his legal costs from his income.