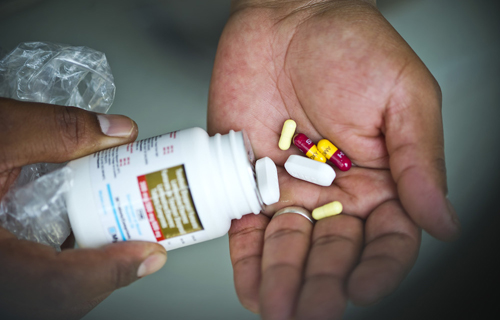 The company had petitioned the High Court for an interim interdict to restrain the Ministry of Health and Social Services and the CPBN from procuring the supply and delivery of ARVs through an open international bidding process.

Under Part B of its application, Medipark Pharmaceutical Wholesalers requested the High Court to review and set aside the decision to procure the ARV medication through the bidding that commenced on 28 September 2020 and closed on 14 December 2020.

According to CPBN spokesperson Johanna Kambala, Open International Bidding is used if the estimated value of the procurement exceeds the prescribed threshold; if the goods or services are not available under a competitive price and other conditions from more than one supplier in Namibia, or if there is no response to open national bidding and the goods or services are obtained from international bidders.

In their court papers, Medipark Pharmaceutical Wholesalers, represented by Felicita Gaes from Uanivi Gaes Inc, expanded their request by asking the High Court to urgently prevent the CPBN from proceeding with the bid opening on 14 December 2020 and the subsequent evaluation of the bid in question as planned. Secondly, the company asked the High Court to review the decision by the CPBN to procure the ARV medication through open international bidding.

In favour of CPBN, High Court Judge Esi Schimming-Chase dismissed the urgent application, which sought to restrain the CBPN from proceeding with the bid until the finalisation of the review application. Schimming-Chase found that the urgency was self-created and that Medipark Pharmaceutical Wholesalers had enough time from 28 September 2020 to approach the courts but only did so on 14 December 2020.

As a result of this ruling by the High Court, the CPBN proceeded with the bid opening on 14 December 2020 as stipulated by relevant legislation. In total, CBPN received 18 bids for this procurement.

According to the chairperson of CPBN, Patrick Swartz, as second respondent, the majority of those infected are poor people with no means to privately procure and obtain ARVs and are thus dependent on a continuous supply of ARVs by government.
“Any failure by government to timeously make available this medicine would be an unpardonable failure on the part of the state and may easily result in loss of lives,” said Swartz.

Representing the CPBN and the ministry of health was Charmaine Van der Smit from the Office of the Government Attorney.
-mndjavera@nepc.com.na