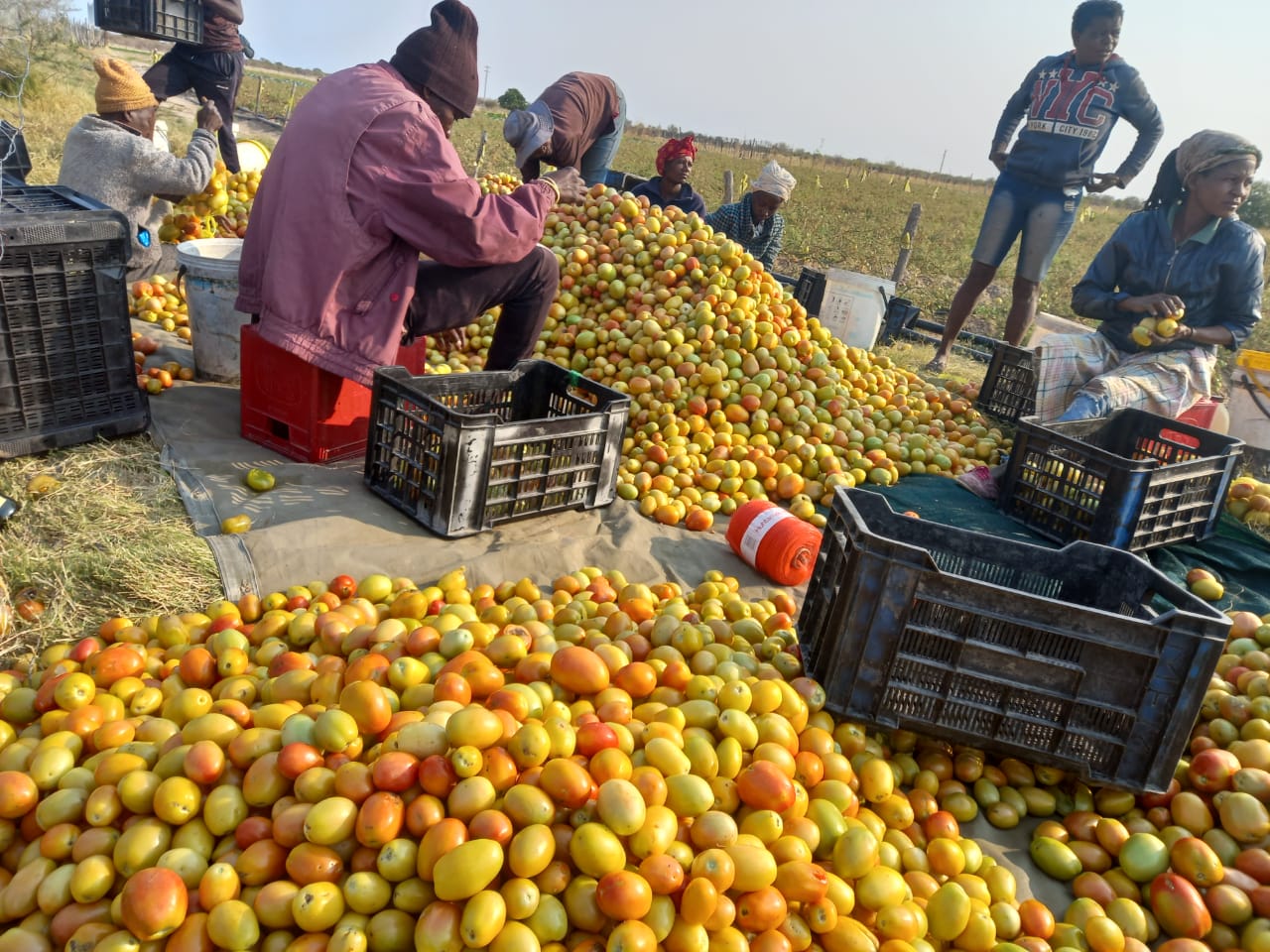 A small-scale horticulture producer from the Oshikuku constituency says it is becoming extremely difficult to manage a crop field while keeping up with competitive pricing.

The farmer, Sabas Taddeus, thus called on the authorities to come to their aid. Taddeus said he and many other farmers have heeded the government’s call for locals to contribute to food security, but the cost of managing a crop field is extremely cumbersome.

He acknowledged government’s contribution through the agriculture ministry, which provides subsidised technical support through its horticulture support and value chain development project, but said much still needs to be done if Namibia is to succeed in producing its own food.

Speaking from his piece of land, he stated that despite having a bumper harvest of tomatoes, he was devastated to see a big number of tomatoes going to waste. It is depressing because he will not even make much from the sales, despite spending a lot of funds on the maintenance of the crop field.

“I have harvested a lot of tomatoes, but a lot of them have also gone to waste because they were infested by the fruit worm, and I cannot afford the most effective pesticide,” lamented Taddeus. He has spent about N$45 000 on pesticide for tomatoes alone in three months.

One litre costs about N$5 000, and he needs to spray at least after every second day for effective protection.

Apart from the huge expenses, the subsidy from the agriculture ministry is often delayed, discouraging farmers from participating in the scheme. “The process is too long. Sometimes it can even take a year before you get the materials you applied for. This needs to be relooked at,” stressed Taddeus. The spokesperson for the ministry of agriculture Jona Musheko advised farmers to enquire whether there is funding available immediately before they apply.

He said at times, farmers come forth when the budget is already depleted, and have to wait for the next financial year.  “The situation is two-fold. In other instances, the farmers struggle to pay the supplier after the ministry had paid,” Musheko noted.

Taddeus is further pleading with the ministry of agriculture to allow farmers in the horticulture sector to use government-subsidised tractors throughout the year. “Sometimes, you just need a leaper to turn your soil around this time of the year, but you will need to wait for the ploughing season before you can be assisted.

This too needs to be revised,” he continued. Musheko responded that this idea is good, but the ministry does not have a  big enough fleet of tractors. After the ploughing season, the ministry uses the time before the next ploughing season to service and secure parts for tractors requiring repairs.

“If we make the tractors accessible the whole year, then we might face a problem during the rainy season,” he explained.