Home / Hilda is the cause of our problems - Hindjou

Hilda is the cause of our problems - Hindjou 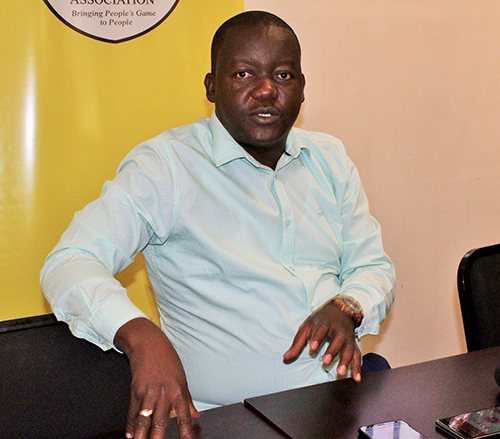 Brave Warriors’ legendary midfield kingpin, Congo Hindjou yesterday came out guns blazing, saying he is utterly vexed by the “dishonesty” and “cheap politics” being paddled by Hilda Basson-Namundjebo, the former chairperson of the Fifa Normalisation Committee for Namibia.

Basson-Namundjebo was yesterday quoted in local media, blasting MTC’s Tim Ekandjo for calling football leaders to order and for insisting they resign for bringing local football into mayhem.

She said, as per the media reports, that Ekandjo was totally out of line for dictating to the leadership of the Namibia Football Association (NFA), saying his remarks have the potential to cause further division among football leaders.

Basson-Namundjebo also appears to support the NFA leadership’s stance that “Ekandjo must mind his own business” and stay out of football politics.

But her remarks have irked Hindjou, who accused her of being the root cause of the ongoing division in football, saying: “She failed to address our problems and to bring people together as chairperson of the Fifa Normalisation Committee. Now she is here unashamedly attacking a sponsor for no reason. What a shame!”

“In fact, she is the cause of our football problems. The problems between the Namibia Premier League and NFA were primarily caused by her and her committee; look where we are today…She must be called to order; how can one attack a sponsor who is merely concerned with the bad publicity being given to their brand by incompetent football leaders? What did Tim say that is not true? Or is it because the truth is coming from Tim and not someone else? I was really disappointed by her remarks and those NFA leaders, who are telling a sponsor to ‘mind his own business’,” said an irate Hindjou.

The retired box-to-box midfielder continued: “By the way, isn’t this the same sponsor [MTC] that just pumped millions into the recent MTC NFA Cup? Now he [Tim] is being told to shut up and mind his business. These people are destroying our football and someone must stand up and call them to order. What Tim said that night is nothing but the painful truth. They must pack and go! Hilda and her crew have no football knowledge; they must sit down.”

Responding to the accusations levelled against her by Hindjou, she said “No comment”, saying she already said what she wanted to say.