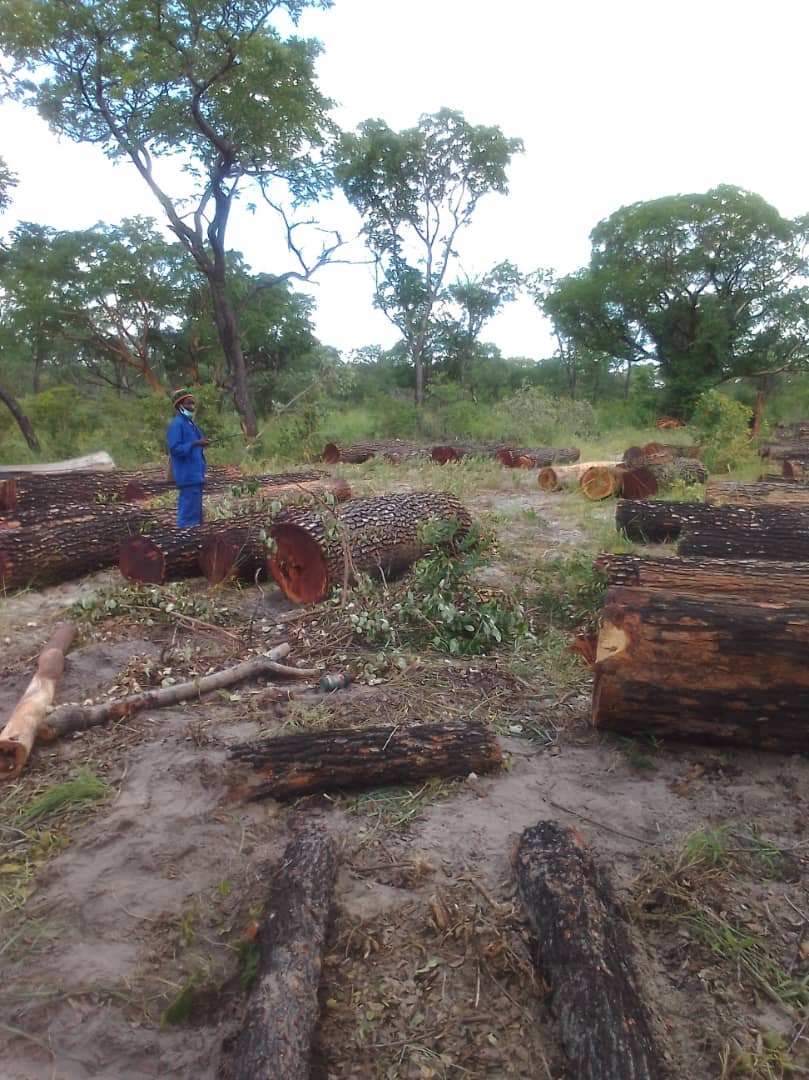 RUNDU – The Kapinga Kamwalye Conservancy in the Mashare constituency of Kavango East is facing a crisis of illegal tree harvesting.

At one crime scene, about 86 logs of illegally harvested Kiaat timber, scientifically known as Pterocarpus Angolensis, were found and 10 at another by conservancy members who were patrolling and inspecting the vicinity.

The forests in the two Kavango regions suffer from continuous illegal tree harvesting, and perpetrators are always just fined and their timber confiscated, but they continue again.

“If found, the authorities are supposed to fine the perpetrators as well as prosecute them. There is a possibility of arrest in this case, and the Rundu forestry officials should have been informed to confiscate the timber and investigate the scene as well as take action as no harvesting should take place now,” said the Ministry of Environment, Forestry and Tourism’s spokesperson Romeo Muyunda.

New Era did not manage to engage the local forestry office regarding the matter.

“Last week, one of our resource monitors came across this devastating illegal tree harvesting inside the conservancy.  At that moment, we counted 86 trees that had been harvested,” said Thomas Muronga from the conservancy management division.

“Our final figure for all the trees that have been harvested is 96. This is a huge loss for us in the conservancy. To create some sense of awareness, we posted the pictures on Facebook and Instagram last week. This was to make Namibia aware of what is going on in the Kavango East region, and this really needs urgent attention,” he noted.

The Kapinga Kamwalye Conservancy covers an area of 1 300 square kilometres, and is still a new conservancy with lots of challenges.

It was named after one of the Shambyu traditional leaders who reigned during the 1800s.

The idea to establish the conservancy was started in 2001 and spearheaded by the late Alfons Siyere from the Shambyu Traditional Authority, who pushed the ministry of environment to speed up its establishment. The conservancy was thus gazetted and registered in 2018.