Home / IPC back paddles on Howard-Smith

IPC back paddles on Howard-Smith 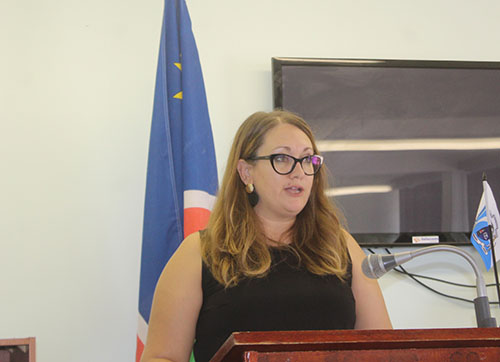 Independent Patriots for Change (IPC) at the eleventh hour of court proceedings against them on Friday, decided not to proceed with a disciplinary hearing of suspended Swakopmund constituency councillor Ciske Howard-Smith.

Howard-Smith was summoned for a disciplinary hearing that was scheduled to take place on Saturday in Windhoek on allegations that she “breached provisions of the relevant legislations and or the IPC tools”.

Howard-Smith, who is also the party’s chairperson for the Erongo region, has been accused of fraudulent activities involving documents she submitted to verify her proof of residence as required by the Regional Councils Act 22 of 1992 and was restrained in October 2021 by the IPC from acting in any manner or form on behalf of the IPC or any representative of the party.

However, the party in court documents filed on Thursday indicated it would not proceed with the disciplinary hearing until the first court case that was filed against it by Howard-Smith is finalised.

The party also indicated it would not oppose Howard-Smith’s second application to get a court interdict to restrain it from forging ahead with the disciplinary hearing.

The court also ordered the party to bear the cost of the suit.

In her first suit against the party, Howard-Smith wants the court to declare the party’s decision taken 20 October 2021, to suspend her null and void and set aside.

“Prior to the aforesaid suspension, the plaintiff (Howard-Smith) was not afforded an opportunity to make representations to the first defendant (IPC) on the allegation giving rise to the suspension,” reads the affidavit.

She further claims she was not informed of allegations giving rise to any complaint against her by any independent investigator from the party and her suspension was verbally communicated to her.