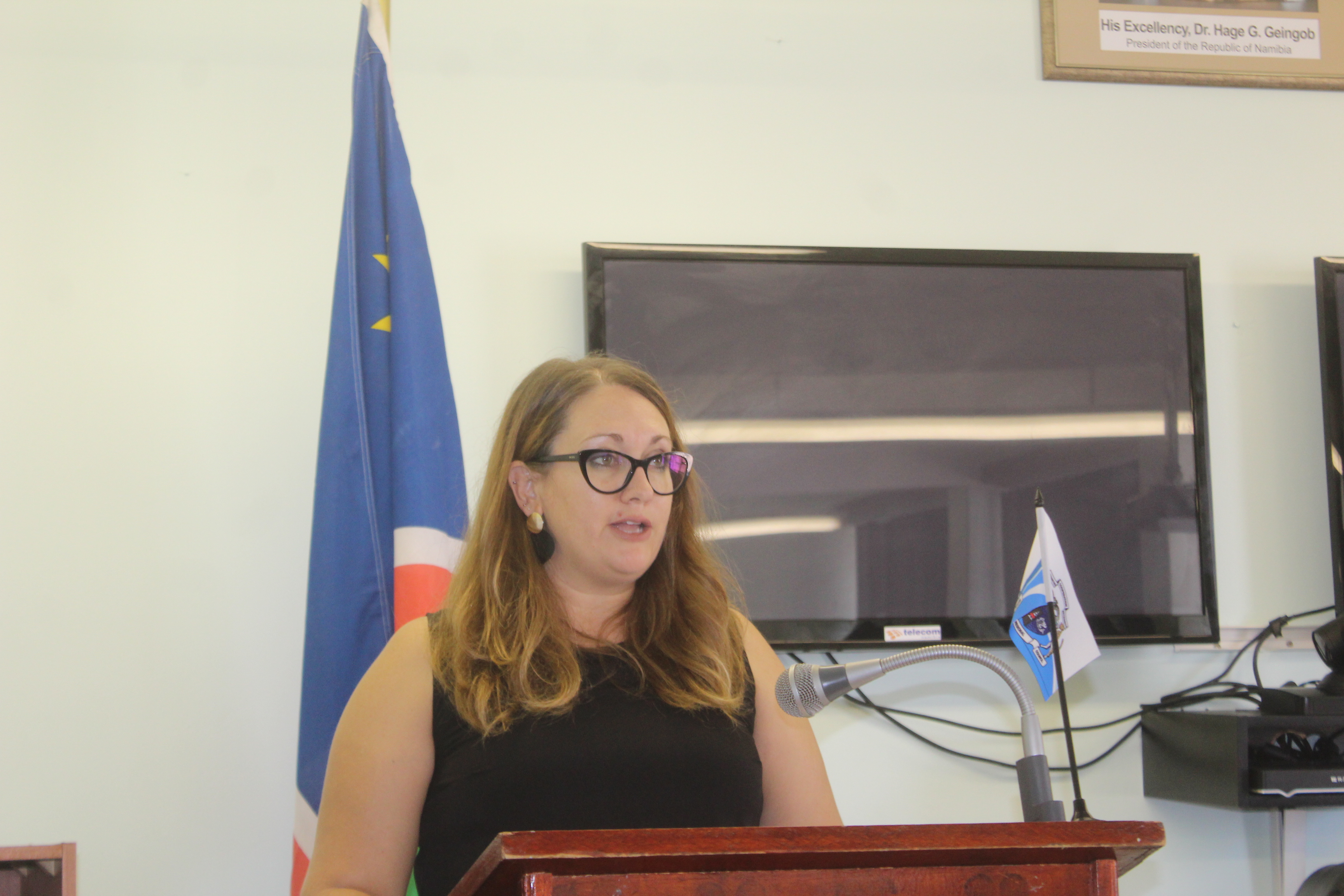 The Independent Patriots for Change has refuted reports it has suspended its Swakopmund constituency councillor and chairperson of the Erongo Regional Council, Ciske Howard-Smith.

Howard-Smith has been accused of fraudulent activities involving documents she submitted to verify her proof of residence as required by the Regional Councils Act 22 of 1992.

The councillor had told journalists on Wednesday evening that she was suspended by the party following a meeting with the party leadership.

However, the party leadership yesterday maintained that the councillor was not suspended but restrained from representing the party on the regional council.

“An investigation committee shall be appointed in accordance with the IPC constitution to fully investigate your conduct, and you are hereby requested in accordance with the principles of the IPC Constitution Article 2.4 and Article 4.50 to cooperate with the investigation in order to allow for a rapid conclusion thereof,” the party said in its letter.  The Anti-Corruption Commission (ACC) yesterday confirmed that the matter was reported to them earlier. ACC spokesperson Josephina Nghituwamhata told New Era that the complaint was made anonymously from a concerned resident. “This has, however, made it difficult to get more information and clarity on some issues,” she added. According to the letter, Howard-Smith submitted false information to the Erongo Regional Council to proof her residence. Councillors are required to live within the boundaries of the constituency they are elected to serve, and are also give three months after being elected to relocate to the said constituency. “The chairperson doesn’t permanently or temporarily reside at Helios Hause in Swakopmund. She currently lives in Longbeach/Dolphin Beach; find attached copy of the Regional Councils Act.  This request is submitted to you to investigate, and if proven prosecute the councillor,” the anonymous letter reads. Erongo chief regional officer Habate Doëses, when asked for comment on the issue yesterday, also told New Era that only six out of the seven regional councillors initially submitted their proof of residence, including Howard-Smith. The seventh councillor submitted thereafter, and the report was then tabled to council’s management committee.  “However, council didn’t give by resolution any instructions to further validate the proof of residence as submitted for verification. The matter was referred by the 3 September ordinary council meeting to the council’s management committee. The management committee’s recommendations will be tabled at the next ordinary council meeting, scheduled for 5 November. As far as I am concerned, a motion was tabled for the disqualification of members who do not reside in their constituency as per the Regional Councils Act,” Doëses said. Howard-Smith, who admitted to being a political novice, was elected councillor during last year’s regional councils elections. Attempts to reach her for comment proved futile yesterday.