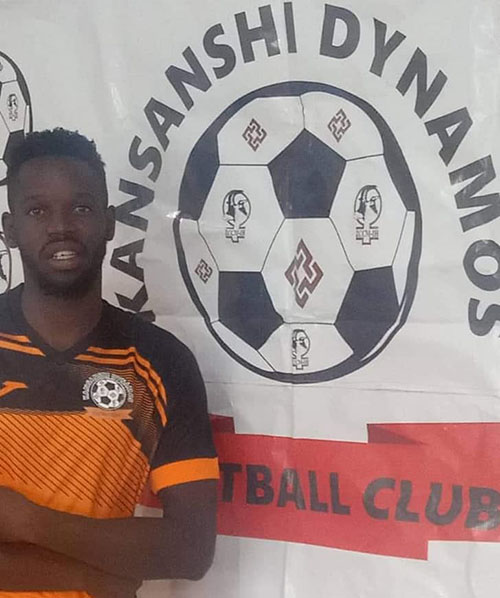 Zambian Super Division-outfit Kansanshi Dynamos have succumbed to the demands of Namibian striker Mapenzi Muwanei, who is demanding a payout fee of more than 50 000 Zambian kwacha (ZK), which is approximately N$46 000.

Muwanei’s contract with Dynamos, which was set to run full circle until end of December this year, was recently prematurely terminated by the club, and the player claimed that no proper consultations took place between him and the club prior to that decision.

With the club reluctant to engage the player, Muwanei was left with no choice but to seek refuge in the reliable services of labour and sport consultancy firm Kahiriri Consultancy, and on Tuesday this week, Dynamos wrote back to Kahiriri Consultancy agreeing that they will pay the player’s outstanding monies resulting from his contract termination.

Speaking to this publication yesterday, head of the ever-growing Kahiriri Consultancy, Olsen Kahiriri, said it was a great day for football and particularly for Muwanei, saying their services again proves that local footballers are in dire need of legal representation.

“It has become evident over the years that no one cares about the interest and wellbeing of our footballers and through such timely interventions as in the case of Muwanei, we here at Kahiriri Consultancy continue to prove that we remain people-centred and are in it for the long run. The wellbeing of our footballers and all athletes in general remains at the core of our business,” said Kahiriri.