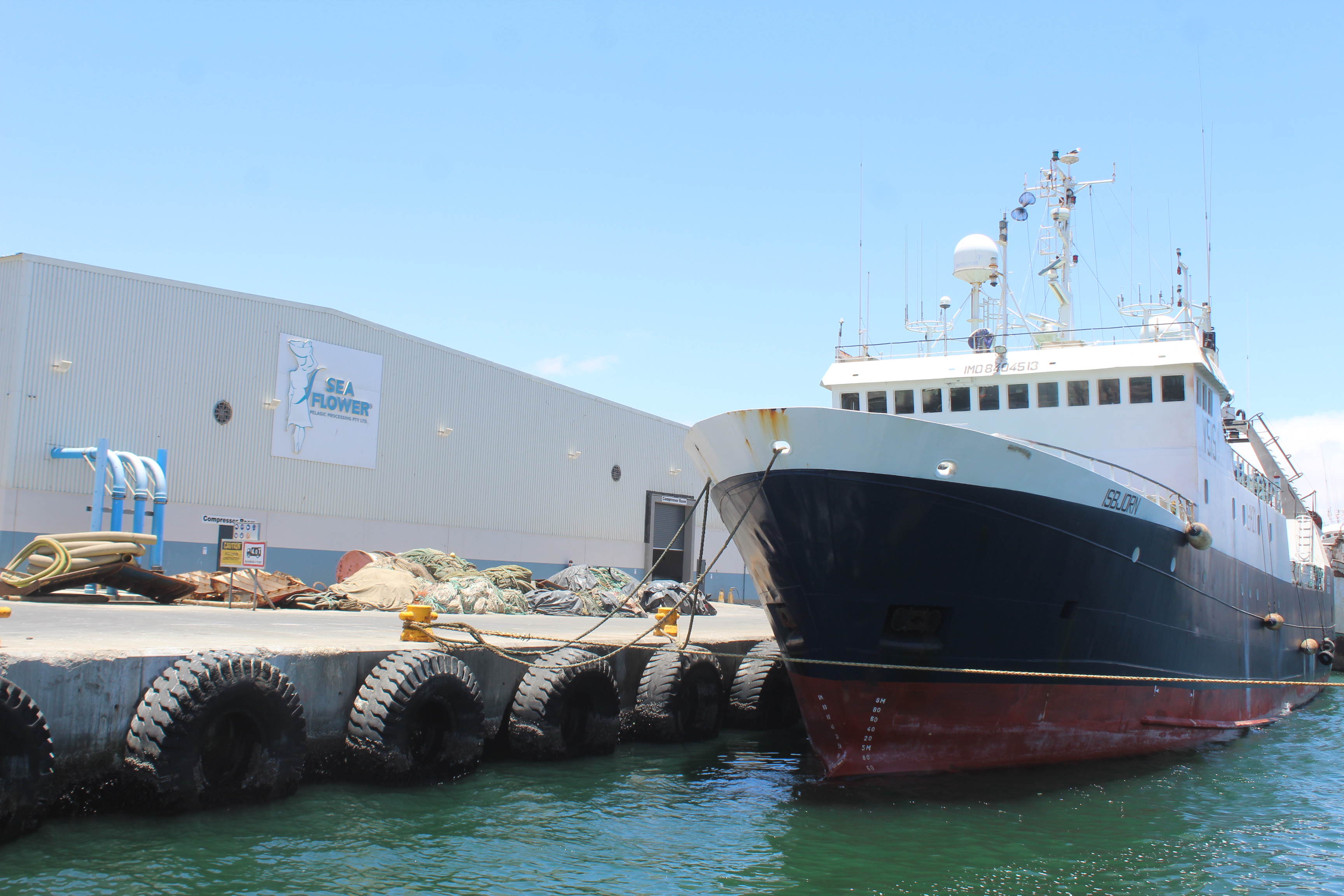 … says no to fishing in restricted zone

WALVIS BAY – Fisheries minister Albert Kawana has shot down a request by some industry players to be allowed to fish beyond the current 200 nautical miles, saying he will not gamble with the future of the entire sector to please a selected few.
Namibia’s Exclusive Economic Zone (EEZ) comprises 540 000 square kilometres and a 1 572 kilometre of coastline along the South Atlantic, and trawling is not permitted in less than 200m depth.

The Wet Landed Horse Mackerel Association has been lobbying since 2019 to be allowed to catch in the restricted zone, as they face challenges competing with trawler vessels in the open sea.

As a result, they often have poor catches, despite having acquired sophisticated vessels. The sector, in early 2019, after constructive meetings with the ministry’s research department, highlighted a portion of 50 to 80 000 tons of the total allowable catch (TAC), caught inside the 200m depth isobar, would have no adverse effect on the biomass of the country’s fish stocks.

Chairperson of the association Jason Angala, in a letter, addressed to the ministry in November last year, stated there was a time when this was caught as “industrial” quota, which has eventually fallen away.
“Allowing the wet fish vessels to catch inside the restricted zone will make economic sense and sustain much-needed jobs, while it will have no negative impact on the fishery,” he said in the letter seen by New Era.

According to Angala, the wet fish sector is predominantly idling and non-operational, despite the fact that they have an annual processing capacity of over 100 000 metric tons.

“Gendev and Seaflower Pelagic Processing recently each invested in two wet fish trawlers, first of its kind for Namibia. These often are a smaller type of vessel that operates on fishing grounds closer to shore.

Unfortunately, all four vessels are mostly non-operational due to the 200m depth restriction and non-availability of quotas,” he said.
However, Kawana last week told New Era that the 200m restriction shall remain and will be adhered to by the industry.
He said Namibia’s marine resources were severely depleted at the time of independence and the 200m line was part of the stock rebuilding plan to create a safe environment for juvenile fish.

“The hake sub-sector is being certified as a sustainable fishery, mid-November 2020, and the ministry’s efforts in creating ‘no-go areas’ for fishers was an important aspect in scoring the hake fishery,” he said.

According to Kawana, the meetings with the research department of the ministry happened before he was appointed in an acting capacity from 13 November 2019 to 20 March 2020. He then pointed out that government’s efforts in conservation measures resulted in Namibia being classified as the fourth-best marine conserving country in the world – after Canada, Australia and Norway.
“That is why we are currently one of the only two countries on the African Continent to be certified by the Marine Stewardship Council, which enables our hake to be sold anywhere without stringent verification,” he said.

In addition, he said, Namibia cannot afford to experience what happened to the pilchard industry, which was exploited to the point of depletion.  “Today, government, the industry, the workers and the economy, in general, are paying the price. So, in all, I can not allow anyone to catch in that restricted zone, as it was put in place to preserve our natural resource for the future generations,” he said.
Last year, Kawana instructed scientists to assess the country’s pilchard stock to determine whether the species close to extinction could be harvested.

In 2017, the authorities banned pilchard fishing for three years to aid its recovery.
- edeklerk@nepc.com.na