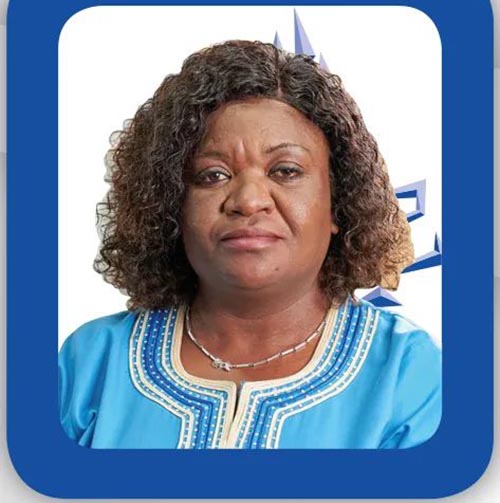 The chairperson of the City of Windhoek’s management committee, Ndeshihafela Larandja, has maintained the resolution to annul the recruitment process for the CEO position stands as the process was replete with irregularities.

Larandja said the decision of the management committee resolved that there should be a re-run as the requirements of the advert were changed at shortlisting.

“The decision of the management committee is derived from the regulations and is not reviewable by council,” she told New Era yesterday. “A senior staff member who manipulated the shortlisting exercise also participated in the further stage of the recruitment exercise. The decision to re-run was taken on principles of good governance in terms of regulations.”

Larandja said the recruitment and selections regulation for local authorities promulgated by the line minister empowers the management committee to review the recruitment process before making a recommendation to the council for the appointment of the CEO.

“It is the right decision and we will not tolerate this corrupt culture,” she adamantly said. She also indicated that although the city has been without a substantive CEO, service delivery has not been affected.

“There is currently a designated staff member who is executing the duties of a substantive CEO. The work is continuing and services are being rendered,” she indicated. Larandja issued a directive on Friday to the acting CEO  O’Brien Hekandjo, informing her to implement the resolution that was taken last November and also to explore the possibilities of procuring the services of an external consultant to re-run the process independently from potential influence and interference.

The city has been without a substantive CEO since November 2020 after Robert Kahimise resigned to join the Central-North Regional Electricity Distributor (Cenored).

The position was advertised and five candidates were shortlisted for interviews to present their short- and long-term strategic plans publicly, the first time that city executive candidates were interviewed on a public platform. The public interviews were followed by a psychometric test. The five shortlisted candidates included NamWater executive Eino Mvula, deputy executive director for administration in the ministry of works Joyce Mukubi, researcher and entrepreneur Charmill Zamuee, Roads Authority CEO Conrad Lutombi and Moses Matyayi, who is the CEO of the Otjiwarongo municipality.

Lutombi, who scored the highest during the interviews, is allegedly not favoured by the management committee. According to the minutes of the interviews conducted by the City of Windhoek, Lutombi scored 80%, followed by Matyayi with 74% and Mvula with 71% in the interviews and psychometric tests. He, however, said he is not yet informed officially about the interview results and does not want to comment much on the issue.

But in April, he threatened to seek a legal review of the recruitment process should the City of Windhoek go ahead with the re-advertisement of the position. She said the council is undeterred by the threats made by Lutombi as he was never informed that he was successful. “Who informed him that he was the successful candidate? Is he going to be prejudiced if the process is re-run?  He must tell us what prejudice he will suffer after a re-run,” she said.

Although some councillors are divided over the decision, the management committee is just executing its duties, Larandja
said.  “We are executing our duties in terms of the oath we ascribed to. Councillors solemnly declared to protect the constitution and uphold the rule of law and practice the principles of good governance. If those principles upset some councillors, then they do not deserve to be councillors,” she said.