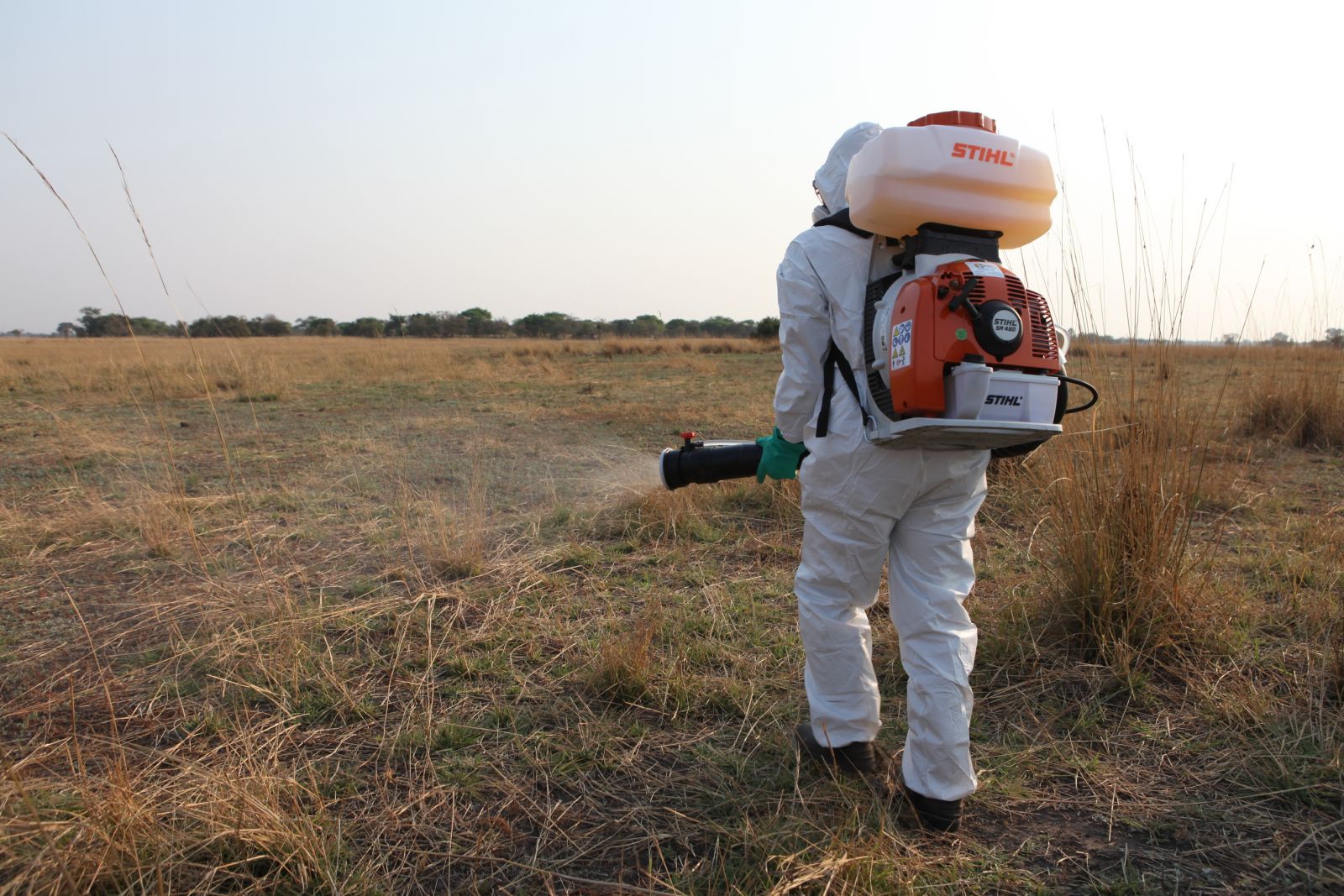 KEETMANSHOOP - Farmers in the //Kharas region are facing an uphill battle in controlling huge swarms of migrating locusts moving through grasslands.

Farmers in the Karasburg, Aroab and Koës areas are now pulling out all stops to help shake off the locusts clinging to precious grass. Karasburg East constituency councillor Anseline Beukes said the situation is worrisome.

“These are very vast areas to cover, making it difficult for the agriculture ministry’s teams and farmers to reach all affected areas timeously,’’ she noted.

The politician added that as a consolation, at least those areas reached are in a better position as the locusts are now partly under control.

Teams have now also sprayed areas on the shoulders of the tarred road between Karasburg and Grunau.

“This now forced the locusts to the road, evading the poison, but eventually being trampled on by vehicles traversing the road,’’ she explained.

The councillor emphasised that this challenge has been added to the region’s disaster risk plan as a means to assist farmers losing grazing due to the locusts.

Beukes said the biggest challenge being experienced on the ground is that some commercial farmers have locked their gates, thus making spraying in such areas impossible.

“As a result, these locusts can now breed freely there, and afterwards migrate to neighbouring farms,’’ she continued.

It is mostly the migrating locusts found at farms surrounding Karasburg lying eggs in the fields, and then moving on to a next area.

“I thus hereby call on residents to join the process on a voluntary basis in order to eliminate these swarms as soon as possible”, she urged.

Recent media reports quoted deputy agriculture minister Anna Shiweda as explaining that funds have been secured by the line ministry from the Office of the Prime Minister to buy chemicals in order to spray affected areas.

“This (locust swarms) is a catastrophe. We will need assistance from all corners, and what we are saying is that we should also train individual farmers to be able to spray their individual farms,” the media reports read.

Meanwhile, Hansie Esthuyse, chairperson of the Karasberge Farmers Association, said although government has provided commercial farmers in the affected areas with some pesticides, the situation on the ground is still grim.

“These farmers also received pesticides from the Namibia Agricultural Union, but still have to buy some more from their own pocket at retailers in Keetmanshoop,” he explained.

He added that their greatest challenge is that they are still waiting for pumps to spray the locusts, as well as training on how to use them from government.

“Farmers must in addition now also buy these pumps, increasing their expenses, on top of losing grazing caused by these locust swarms,’’ he lamented.

Esthuyse said all farmers have the necessary safety measures in place to combat the pests. “They have hand gloves, face masks and fresh water on vehicles moving in teams 24/7.”