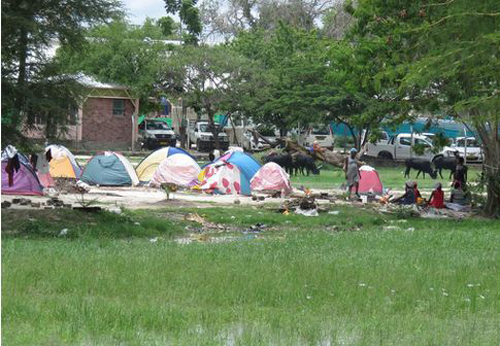 Malaria continues to be a concern in the Ohangwena, with the region recording 2 088 cases between January and June last year alone.
This is an increase of 325% from 491 cases reported in 2019 at its three district hospitals.
The cases were reported at Engela, Eenhana and Okongo hospitals.

This is because the mosquito that transmits malaria as well as the parasite is still among us,” said regional health director John Hango.
This year, the region has seen a massive decrease with the region only recording 119 malaria cases in January.
No death has been recorded this year.
In January, Engela recorded the highest, with 53 cases.

Hango said some of the cases are imported from neighbouring Angola as citizens from that country seek medical services from hospitals in Ohangwena.

The director said the cases are more common during the rainy season and are common in all age groups and both genders.
According to the statistics provided by the region, the cases are more common between January and April yearly.
“It mostly starts in November through to April/May each year but depends on the rain we receive that year,” said Hango.
In mitigating the spread of malaria, the region engaged in a spraying campaign between October and January 2021.
The region vigorously also test patients who have fever to see if they have malaria and promptly treat it.

In addition, the region also do active case search in the community, also test, and treat for malaria by larviciding waterbeds.
“We continue fighting it by providing information to the community members and we have partners from the University of California to advocate for malaria prevention,” said Hango.

Equally, the region also distributes nets to cattle herders and targeted groups.
Omusati last year recorded 202 while 10 cases were recorded this far.
Health director in Omusati Alfons Amoomo said of the cases recorded, 78 are imported, while 18 cases were recorded in children under the age of five.

Amoomo said the cases in Omusati are more prevalent between December and May.
“This is the period of rainfall and it is the time the mosquitoes breeding sites multiply. The peak time is from February to April,” said Amoomo.
Amoomo said the region conducts an indoor residual malaria-spraying programme to targeted villages and households.
This also includes spraying households where there are cases being reported.
- nashipala@nepc.com.na