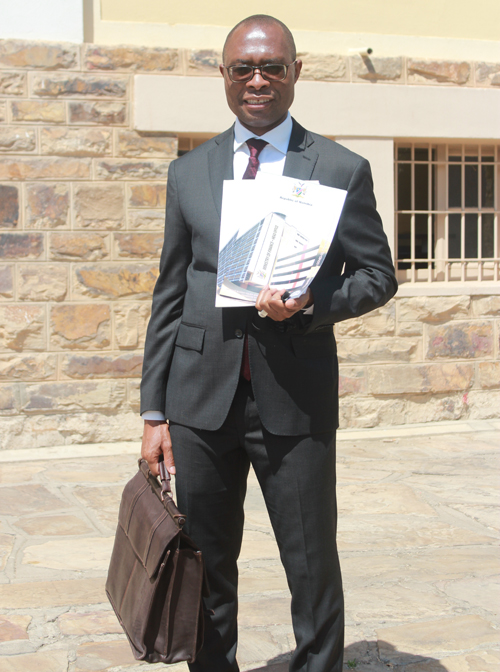 The Ministry of Finance, which has commenced with drawing up the 2021/22 National Budget, has urged all Namibians to ensure their voices are heard through a broadened open budget initiative. The 2021/22 budget, tentatively scheduled to be tabled by mid-March, is expected to be severely constrained due to subdued economic activity that has seen revenue decrease significantly.

During an interview with Inside Business yesterday, finance minister Iipumbu Shiimi advised Namibians to share their ideas and advice for the annual budget. Through this expanded consultative process Shiimi said all Namibians can ensure their voices are heard through representative organisations such as chambers (of mines and commerce), associations, civil society organisations and different political parties (through their chief whips). He also called on the youth (through the youth council), the private sector and the financial sector to provide their input in the tabling of the budget.

“The idea is to involve as many Namibians as possible in the formulation of the budget. I therefore urge the public to engage us. This is the Namibian budget so we want all voices to be heard. I have even issued a challenge on social media like Twitter for Namibians to provide their views on the upcoming budget,” said Shiimi.  A mere two years ago, in an Open Budget Survey of 2019, Namibia scored zero on the ability of the general public, especially vulnerable and under-represented communities, to participate in the drafting of the national budget.
The findings were part of a survey on Namibia’s budgeting system. According to the findings, it is critical that governments inform and engage the public on vital decisions impacting their lives.

“Government budget decisions, including which taxes to levy, what services to provide, and how much debt to take on, affect how equal a society is and the well-being of its people, including whether the most disadvantaged will have real opportunities for a better life,” read the statement.

Meanwhile, the finance minister admitted that the challenge for the upcoming budget will be to allocate adequate resources to the health sector as it grapples to deal with the impact of the pandemic. “Covid-19 is still with us and this means more resources will go to the procurement of the vaccine and to enable those treating people infected with the virus,” said Shiimi.

Shiimi added that a major challenge in the budget will be how to distribute revenue severely constrained by stifled economic activity coupled with significantly declining Southern African Customs Union (SACU) revenue.
The finance minister yesterday confirmed that due to limited cross-border trade in the region SACU revenue remains under pressure. “Excise duties make up the bulk of SACU revenue and these have fallen dramatically. This means there is much less flowing into the SACU revenue pool,” Shiimi said.

He continued that available national resources will be needed to support SMEs and the agricultural sector. The latter is the biggest employer in the country on which a multitude of livelihoods depend. “Also, some state-owned enterprises need to be supported, particularly in the short term,” said Shiimi.

Last year Shiimi tabled a 2020/21 national budget totalling N$72.8 billion from N$66.5 billion budgeted in the 2019/20 financial year. At the time he noted that the single-year budget reflected the commensurate urgency of addressing the elevated one-off needs arising from the impact of the Covid-19 pandemic.

“Going forward, expenditure will have to be recalibrated to lower levels from the temporary Covid-19 induced peak so as to stabilise growth in public debt. These considerations would be integral to the fiscal policy stance for the Medium-Term Expenditure Framework,” Shiimi said at the time.