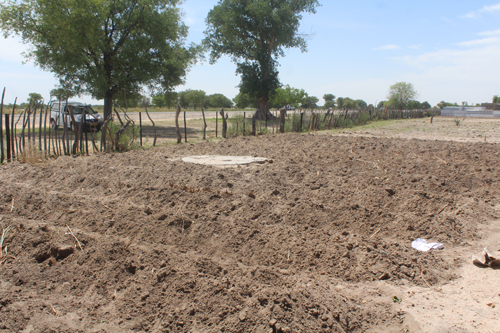 OHAILULU – Some subsistence farmers in the Okatana constituency are longing for the services of the highly subsidised government tractors to plough their crop fields, saying private tractors are too expensive.
As a result, some farmers have resorted to ploughing the crop fields on their own to reduce the cost.

The pensioners claim government tractors have not been in their area for years – and as such, they have completely forgotten of its services.
“We only hear about their services from people in other areas.  They used to come here too but we have now lost count of when last they were in the area,” said Verena Markus of Ohailulu village.

Markus said she recently paid N$500 per hour to plough her field and that she is waiting for her next pension grant to plough the remaining acres of land.
Similar sentiments were also shared by Ndivakwete Shaduka, who has also resorted to ploughing manually.
“Those services are not known in this area. We only hear people saying that they pay half and government pays the rest of the money, but it does not happen here,” said Shaduka.

Okatana constituency councillor Edmund Iishuwa admitted to challenges faced by the communal farmers, whom he said their concerns have been neglected for many years.

Iishuwa promised to engage administration officers to see how the matter can be addressed during the next ploughing season.
He lamented that services should be distributed equally in the constituency – and as such, Ohailulu village residents should also benefit from the subsidised tractor services.

Iishuwa said those currently benefiting from the programme only pay N$250 per hectare.
In addition,  there is also a scheme where individual farmers pay 50%, while the remaining 50% is paid for by government when using private tractors.
Iishuwa, however, expressed concern that many crop farmers in the constituency have not registered for such services.
- nashipala@nepc.com.na