MTC launches ‘We Race Together’ project 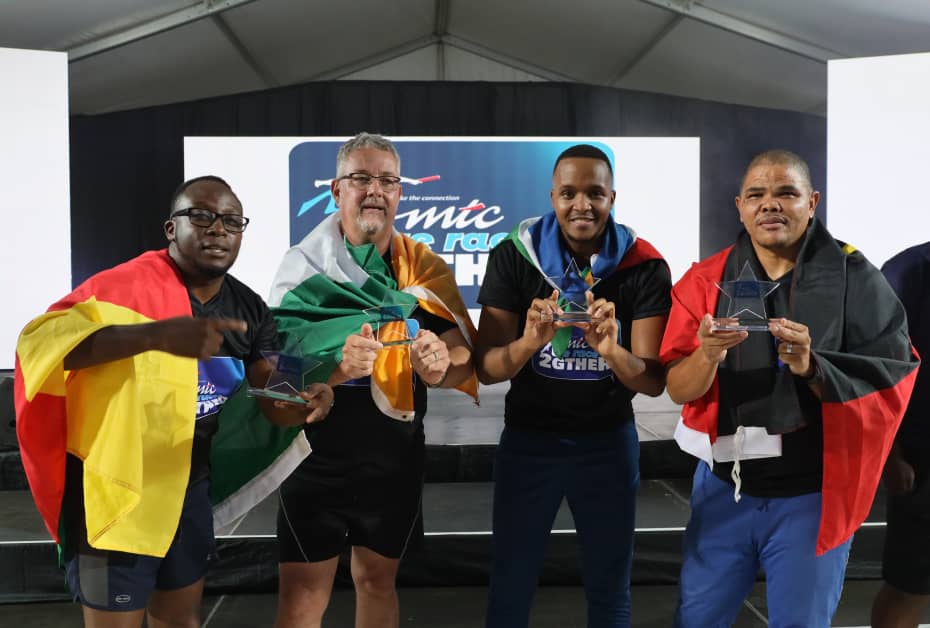 A 4x100m relay event was launched at the Independence Stadium in Windhoek on Thursday in aid of charity.

Organised by mobile telecommunications giant, MTC, the relay event called ‘We Race Together’ will be hosted on 16 April 2022 at the same stadium, and will see over 140 public personalities within the corporate world and sports and entertainment industries across Namibia participate in the relay.

Teams consisting of four players each will receive two months’ training from professional coaches. The winning teams will qualify to run in the finals against Namibia’s world-class teams consisting of Olympians Christine Mboma, Beatrice Masilingi, Frank Fredericks and Helaria Johannes, and another team consisting of Paralypians Johannes Nambala, Johanna Benson and Ananias Shikongo.

This project falls under the annual MTC Knockout Project flagship, a socio-initiative aimed at tackling various social issues such as Gender-based Violence (GBV), and eradicating homelessness through building houses through the shack dwellers’ federation.

Speaking at the launch, MTC executive Tim Ekandjo said the project’s first objective is to appreciate the great work of Athletics Namibia for carrying the nation through tough times by creating hope when there was only despair.

He said Namibia faced difficult and devastating issues since the onset of the Covid-19 pandemic, such as retrenchments that led many people into depression, suicide and being downcast.

“The second and most important objective is to emphasise the importance and principles of working together for a common purpose, irrespective of our differences”.

Ekandjo added: “Appreciating each other’s efforts, irrespective of the size and impact, and recognising that we are all uniquely different. A reminder that the only difference between where we are as a nation and where we want to be, is the steps we haven’t taken yet”.

He encouraged individuals and corporates to take part in this initiative by contributing a participation fee of N$30 000 per person.

This will be the third edition of the MTC Knockout Project. In 2019, local celebrities boxed one another in aid of GBV, while 2020 saw them in a sing-off competition whose proceeds went to fight homelessness.

The launch hosted a demonstration relay, which saw personalities from different corporates and the media run in 4x100m relay races.

One of the participants, Johanna Ileka said it was the most inspiring and thoughtful event launched, as it serves the purpose of giving back to the community.

“I deeply encourage each and every person called out today by the MTC executive Tim Ekandjo to find it in their hearts to contribute and participate in this event. There is nothing that can ever beat teamwork and as a nation, we should stand together and build a strong foundation, as we uphold the little hope we have left in us,” said Ileka from MTC.