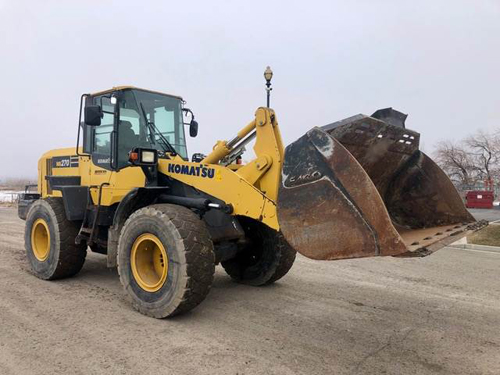 The Mineworkers Union of Namibia (MUN) is concerned about a delay in the investigation of a fatal incident that happened about two weeks ago.

The union’s western Erongo region coordinator, Filleppus Ampweya, wants answers to the unfortunate incident wherein 57-year-old Alfeus Heingo  was crushed to death by a heavy front-end loader at Okatji mine in Karibib.
Ampweya called for stricter strategies in pursuance of uncompromised health and safety standards and compliances of mines, especially on the part of employers.

He said MUN still mourns with a heavy heart the unfortunate incident that led to a loss of life.
“The trade union will not rest in pursuing the true cause of the incident and take the necessary steps in holding those responsible accountable. We are even more dismayed at the lack of information coming from the owners of the mine as well as the labour and/or mine inspectors who are responsible for conducting the investigations,” he said in a statement issued this week.

Ampweya said that as a custodian of the industry the trade union has on numerous occasions made requests to get closer to the investigative processes or be furnished with substantive paperwork in respect of what exactly transpired.
The regional union coordinator labelled the attitude of the owner of Fame Stone Distributors CC, Bertus Meyer, as “dodgy” in answering questions and said this is cause for concern as serious safety violations and non-compliance with regulations remain a chronic problem in the

marble mining and granite industries.
“It should therefore be noted that the union has vowed [towards] zero work-related incidents, much fewer fatalities and will take to task whomsoever will be found intentionally gambling with the safety of workers at the expense of production. We equally call upon the mines and labour inspectors to unreservedly execute the functions for which their offices were established,” Ampweya demanded.In response, Meyer said the investigation is in progress with the mine inspector.

He added that police have been on site and assured them that all mine operations were in compliance with the law.
“This is a hard matter for me, and it’s worrisome why the union is not patient enough to wait. I am in contact with the Heingo family and also the investigator to follow up on developments. All my employees are like a family to me, and it’s also psychologically and emotionally difficult for my employees,” said a clearly emotional Meyer.

According to him, Fame Stone Distributors CC conducts selective mining and does not merely push for ‘production’ as alleged by the union. He said the mine produces about 300 tons per month.
Meanwhile, the police crime investigations coordinator in Erongo, Deputy Commissioner Erastus Iikuyu, explained Heingo died when one of his colleagues lost control over a front-end loader on top of mountainous terrain, where marble blocks are being mined and processed.
– mndjavera@nepc.com.na