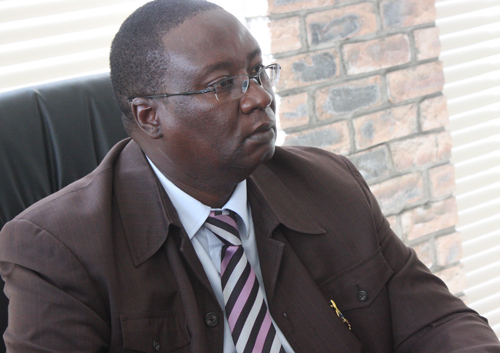 Former Erongo governor Cleophas Mutjavikua was laid to rest yesterday at the Commonwealth War Graves cemetery at Grootfontein.
Mutjavikua died last week Sunday at the age of 55 in a Grootfontein hospital and was conferred the honour of an official funeral by President Hage Geingob.

His burial was attended by, among others, vice president Nangolo Mbumba, Otjozondjupa governor James Uerikua, Erongo governor Neville Andre and his Kunene counterpart Marius Sheya under strict Covid-19 protocols.
Mutjavikua, who was hailed as a trade unionist and liberation stalwart, died from Covid-19 complications.

Paying tribute to Mutjavikua, Geingob said Namibia has lost an outstanding son, a steadfast freedom fighter and a public servant who committed his life to serve Namibians in different capacities.
“Mutjavikua touched many lives through his courageous deeds and sacrifices in service of all Namibians. Therefore, many Namibians throughout the country felt the shocking news of his untimely passing.

“We should, however, be cheered by the illustrious legacy of dedication and service that he exhibited towards his fellow Namibians,” Geingob said in a message delivered on his behalf on Friday during Mutjavikua’s memorial service.
His successor, Neville Andre on Friday during an intimate memorial service held at Swakopmund hailed him a true cadre that disposed of his duties on all fronts honourably.

“Since my appointment, I have learned a great deal from the late Mutjavikua. He has guided me tremendously and most of my initial actions is a very good reflection of the excellent mentoring I received from him. I would therefore treasure the moments I shared with him,” he said.
Mutjavikua is survived by his wife Tjitapandu Mutjavikua and eight children.
– edeklerk@nepc.com.na