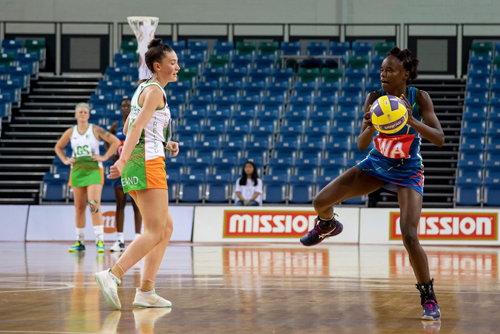 Netball Namibia (NN) has confirmed the country’s availability to participate in the upcoming Spar Challenge slated for Cape Town next month, the local netball governing body’s vice-president Rebecca Goagoses shared the news with this publication yesterday.

The Spar Challenge will take place in Cape Town next month and will mark the return of netball activities in that country. Besides Namibia, Netball South Africa (NSA) also extended invitations to the She Cranes of Uganda as well as to local sides Proteas U/21 and the SA President Invitational squad. The tournament is anticipated to take place between 24-31 March and will be played in a bio-bubble.

Confirming Namibia’s availability to participate in the Spar Challenge, Goagoses also announced the squad selected to represent the country next month. The squad consists of a mixture of old-time campaigners and new talent, who have all been in training preparing for the tournament.
The Desert Jewels, as Namibia’s senior netball side is affectionately known, have been on an upward trajectory following their historic win of the 13th edition of M1 Nations Cup in Singapore in 2019, where they defeated hosts Singapore in that final 49–42 to bring home their first ever M1 Nations Cup trophy.