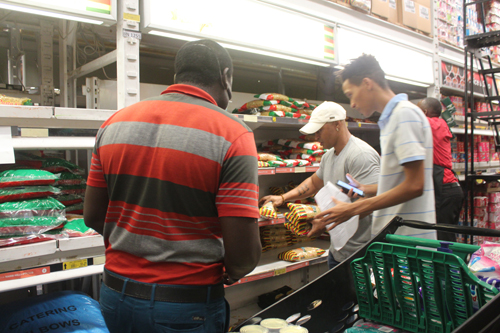 Since the start of the current marketing season in May 2020, more commercial imports were received – and by end of December 2020, Namibia has imported about 29 400 metric tons of cereal.
This consists of 15 100mt of wheat, 14 000mt of white maize and 500mt of mahangu.
These details are contained in the agricultural inputs and household food security situation report, which was released by the agriculture ministry last week.

The import transactions have covered the estimated deficit (wheat and maize) and resulted in a surplus of 127 100mt of cereal, comprising 85 400mt of wheat, 18 700mt of maize and 23 000mt of mahangu.
For the pearl millet grain, there was a surplus of over 22 300mt, but due to the fact that most mahangu producers do not sell their grain, millers have been forced to import in order to maintain their production.

Moreover, more commercial imports are expected before the current marketing season comes to an end on 30 April 2021.
Government, through the ministry of agriculture, still has subsidies in place, aimed at enabling crop farmers in the communal crop-producing areas to afford agricultural inputs and services, thereby increasing food production.
These subsidies include the seed and fertilisers, tillage (ploughing, disking, ripping) services, weeding services subsidy and government tractor services.

An amount of N$250 per hectare weeded is given to farmers to make use of the weeding groups, limited to a maximum of five hectares.  Due to limited funds available for the ploughing and weeding services, the report indicates only few farmers are going to benefit from these subsidies and the regions may reduce the five hectares given to farmers based on the demand in that area.  For the government tractor services subsidy, farmers are also required to register for these services and pay an amount of N$500 per hectare for a combination of planting and fertilising or ripping and planting.
Furthermore, the report shows, a farmer requiring planting services only would pay N$250 per hectare.
- anakale@nepc.com.na