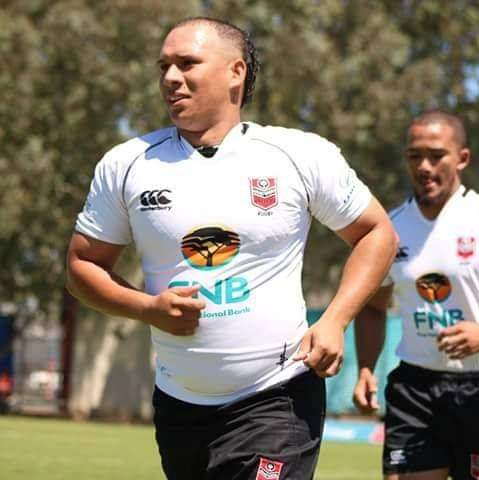 The Namibian rugby fraternity is in mourning following the death of Wanderers player, Edwardo Nell who passed away after suffering an injury during a game played on Saturday.

Wanderers Sports Club said on its Facebook page Nell was playing as a scrum-half for their third team against Unam at the Unam stadium, where he hurt his ribs when he fell onto the ball.

“Nell was then taken to the medical bus for observation. After the match, he was back with his teammates in the changing room for about 20 minutes; took a cold shower and told us he was feeling okay,” reads the post.

It later transpired that the broken rib pierced his lungs, causing internal bleeding.

The club said it was saddened by the passing of a proud Wanderers player.

“This is an extremely sad weekend for Wanderers Sports Club and in particular Wanderers Rugby. Losing a player while representing our club is as bad as it gets. Nell has been a proud Wanderers player for a few years now. He played scrum-half and represented from the first team to the third (as he was doing yesterday against Unam). Our deepest condolences to all friends and family, and may he rest in peace,” read the Facebook post.

“FNB Unam Rugby Club would like to extend our heartfelt condolences to the Nell family and the extended Wanderers rugby family on the untimely death of Edwardo Nell, may his soul rest in eternal peace,” said a Facebook post.

Another user on that platform identified as Patrick Panduleni Paulus said he was in disbelief that Nell had passed on, saying he was watching him play on Saturday and all of a sudden, he is no more.

“Life is fragile, I and the boys partly watched this match at Unam and now my former student is no more. Comfort to the Nell family who love sports so much,” he wrote.

Nell is the son of Isadore Nell, who has been involved in Namibian netball as an administrator for many years.