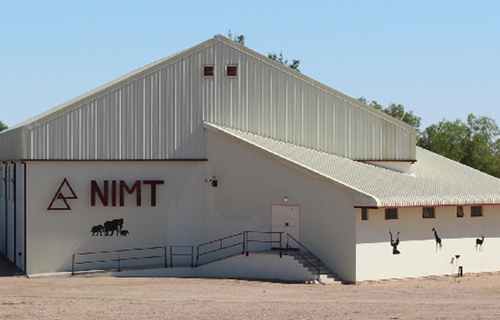 WALVIS BAY – The Namibia Institute of Mining and Technology is set to lose some of its movable assets after the institution failed to honour an N$812 400 settlement order granted to one of its employees who was unfairly dismissed in September 2019.
The already cash-strapped training institution was ordered last year to pay the hefty amount after the labour court in Tsumeb ruled in favour of Matheus Jason, who was employed as an instructor at the town before he was dismissed in 2019.

Arbitrator Alexina Matengu, during her ruling last year, said the dismissal of Jason was both procedurally and substantively unfair, further ruling that Jason be reinstated immediately.

Matengu than awarded Jason the N$812 400 settlement that was supposed to be paid on or before 25 July last year. According to the ruling, Jason lost income for 10 months – from September 2019 until June 2020.
“Thus, NIMT was liable to him for loss of income and all other benefits that he would have earned had he not been unfairly dismissed,” Matengu said during her ruling last year.  However, court documents obtained yesterday shows an execution order was granted on 18 December last year against the institution in favour of Jason.

When contacted yesterday, Jason confirmed although he was reinstated, he has not been paid a single cent since the court ruling nor was any arrangement made by the institution for a payment plan.
“Hence, through my legal team, Shikongo Law firm went the legal route to recover what was rightfully owed to me by NIMT,” he said.
Jason said he incurred financial losses due to the lengthy labour case.

The document issued by the High Court orders for the attachment of movable properties and goods of the institution to be sold through public auction to recover the N$812 400 owed to Jason.
Questions posed to the institution with regards to their issue is yet to be answered.
- edeklerk@nepc.com.na