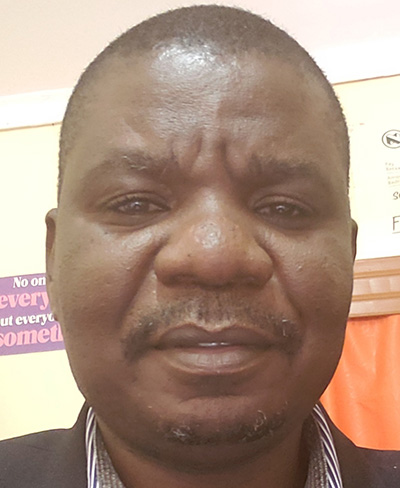 Although character assassination can manifest in many forms, my interest is more about political character assassination. With the renewal of mandates and the restructuring process of regional structures taking shape in preparation for the ruling party`s congress slated for the end of the year where national leaders for the 2024 national elections will be elected, character assassins are hard at work to tarnish the characters of those viewed as a stumbling block to their sinister motives.

Secret meetings are being held to discuss individuals, while WhatsApp audios are being circulated portraying individuals as former DTA, makakunya (SWATF) or Ezuva members. Even the political memberships of their ancestors are being used as a memorandum to mark their political standing to qualify for positions.

Double-speaking, raising false accusations, spreading innuendo or deliberately misinforming others about an individual’s political past, integrity or public image equals barbarism. These individuals had been members of the ruling party for decades, and it is perplexing why their past was not questioned when they joined. It should be clear that I am not against people calling individuals names based on their political past, if it is authentic.

I am against those who are usually using it as a part of a political ‘smear campaign’ that involves intentional, premeditated efforts to undermine an individual’s reputation and credibility. What these slanderers forget is that damage sustained in the process of character assassination can last a lifetime, and can be likened to annihilation.

Therefore, all these smear campaigns can be seen as a tactic aimed at tarnishing competent and rectitude individuals’ characters by spreading fallacies about them through the media and public influence. Some of the targeted individuals might not even harbour ambitions for those positions. Character assassination being a process (e.g. a smear campaign), and an outcome of the process (e.g. a damaged reputation), one wonders why people take maximum delight in ruining others’ reputations. Whatever intention these `smears` might have, slandering a person with the intention of destroying public confidence in that person equals mental abuse, and is the work of barbarians. It can also be pointed out that character assassination is a key political tactic used by weak opponents.

Those they cannot defeat in the marketplace of ideas, competency and integrity are attacked on a personal level. They target the private lives, values and identities of their victims in an attempt to discredit them and subject them to scorn and ridicule. The art of character assassination is indeed the vilest of the political ‘tools’ used to score political points.

We have seen in the past how members were ferociously torn apart by conservative propaganda, and projected in such a manner that they literally became a surreal stereotype of something that they certainly were not. The deployment of these narratives is used not only to discredit the potential candidates, but also to undermine the electorate’s trust in the individual, priming disinformation channel audiences for the eventuality that their preferred candidate will succeed.

One may assume that the purpose of these smear campaigns is for the individuals to be rejected by the electorate, or by members of their political environment. They are trying to manipulate and spin technically true information and present it in a misleading manner, devoid of the necessary context. Even when the facts behind these ‘smear’ campaigns can be demonstrated to lack proper foundation, `smears` interest is more about the target’s reputation which remains tarnished, regardless of the truth.

It is very toxic to allow these shenanigans to continue spreading distortions, half-truths or even outright lies. If these `smears` have authentic information about any individual, why not face the person, or bring the information to the relevant structures within the party for verification? Targeting the private lives, values and identities of individuals in an attempt to discredit them and subject them to scorn and ridicule should not be entertained by all peace- loving Namibians, and those who believe in true democratic principles.

To this end, we should not draw conclusions based on what others tell us about someone without having verified facts. We should speak in a clear language that we need to move from thuggery to values and inclusion.