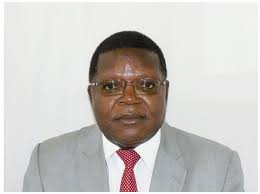 History was made last week in the field of education when the international Kairos Movement opened its Africa sub-region Chapter which is in the interim housed at the University of Pretoria, South Africa.

The inauguration of the Kairos Movement Africa sub-region Chapter and its interim committee was hosted and chaired by the Vice Chancellor and Principal of the University of Pretoria, Professor Tawana Kupe, with distinguished scholars and researchers from Africa, Europe, Australia and United States of America, in attendance.

This new development brings a lot of hope to the African child as far as accessing education at all levels is concerned since it is Kairos’ mantra that ‘no one should be left behind’ as education is a basic right at all levels. As I see it, this is an auspicious and opportune time that all stakeholders in education in Africa, and indeed in other parts of the world, should take advantage of and focus on rebuilding and enhancing educational institutions, including the transformation of educational programmes that will meet the challenges of the twenty-first century and beyond.

To shed light on the objectives of Kairos Movement and its focus on education transformation across the world, it is important to understand what Kairos Movement is first.

Kairos Movement is a ‘team of educational leaders from around the world and from diverse sectors, promoting the transformation of education as a fundamental pillar for the construction of a more just, equitable, supportive and sustainable world in which no one is left behind’.

In other words, Kairos is an education network of professionals across the world that works with governments, universities, the private sector, civil society, and communities to carry out the process of educational innovation and transformation so that ‘no one is left behind’.

Using newly established networks across the world, Kairos will enact a Global Agenda for Educational Transformation ‘for the construction of a more just, equitable, supportive and sustainable society’.

The guiding principle in all this educational transformation is that education at all levels is a public and social good, a human right which is a duty of all governments and a responsibility of stakeholders like multilateral institutions, organisations and universities.

In the new global social contract charted by Kairos, students, professors, fathers and mothers, non- academic staff, local communities, the media and civic and social movements all contribute actively in the educational transformation and its implementation.

The emphasis here is the on the involvement of the whole of society in education, as the greatest investment people can make in the collective future. This inclusivity nature of the modus operandi of Kairos is a testimony that sustainable solutions require multilateral interventions. In all this new education dispensation, it is important to position universities well, and give due credence to the critical they play in the development of their communities and countries.

There is no doubt that Kairos Movement is introducing its third social contract on educational transformation in a very difficult environment. The world is bedevilled by many ‘disruptive forces which challenge the well-being of societies, such as the Covid-19 pandemic, climate change, violence, criminality, injustice, poverty, un- and under-employment, racism, inadequate social policies, deficient governance systems, indiscipline, exploitation, and gender prejudice’.

With all these negatives in the background, Kairos Movement is buoyed by the conviction that University consortiums offer platforms for impactful interventions against society’s ills. As an antithesis of the society’s ills, the Third Social Contract for Education under Kairos Movement offers an education that promotes positive values. Some of the values include responsibility, commitment, discipline, respect, inter-culturality, equity, justice, empathy, solidarity, and universal humanism.

There is also need to promote Kairos’ Third Social Contract of Education across Africa through global public discussion forums. In this development, higher education institutions in Namibia will join forces with other institutions in the sub-region in the transformation of education under the auspices of Kairos Movement Africa. These institutions have the brainpower to initiate Kairos education projects at primary, secondary and tertiary levels in their countries.

Equally, these institutions have the capacity to ‘redesign the educational curriculum for the adaptation of studies and professions to the social, technological, economic and labour needs of the 21st century, as a mechanism for strengthening education, always considering local needs and expectations and cultural diversity’.

To all intents and purposes, the Kairos Movement ushers in a new era in education transformation in the Southern Africa Development Community (SADC) in particular and Africa in general. Some scholars and researchers in SADC I had a chance of talking to about Kairos are upbeat about this development.

Time, however, will tell whether this enthusiasm will transform into action that brings tangible results or not in the long run.