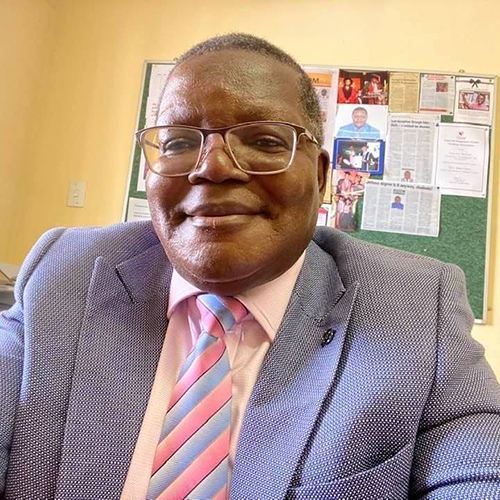 In modern times, learned societies play a pivotal role in the creation and dissemination of knowledge in various fields of specialisation. National learned societies carry both the ambition and pride of nations. Before we give working definitions of a learned society and a few examples to assist the reader to easily deconstruct this academic phenomenon, it is prudent to go back to the basics.

The wisdom of the elders has long been recognised and entrenched in societies, well before the development of scientific, artistic, and social humanities centres of learning. A good and very common example would be local village herbalists who understood the medicinal value of native flora long before doctors, biomedical scientists, pharmacists, and pharmacologists got to grips with medicines driven by an understanding of molecules and structure-activity analysis.

In modern civilisation, a learned society is a group of such experts, though not necessarily the eldest in any specialisation, growing out of local, isolated, or handed-down expertise. Learned societies can be traced back to ancient times, existing perhaps almost since time immemorial, certainly as a conventional construct; they have been described from the 14th Century onwards with the Poetic Academy of Toulouse, the Consistori del Gay Saber.

As has been established, a learned society is a group of people with specific expertise, very often learned societies have a large percentage membership of people who work in universities, but they are not universities, their raison d’être is not to offer education, training, and qualifications. These are voluntary organisations, generally not-for-profit and they focus on the scholarship and research of their field. Membership is very often a matter of prestige, not employment, and one is scrutinised and elected to be a member, a Fellow. Of course, a learned society can be open to all interested people, the form is fluid, and it is up to the group promoting their society to decide membership criteria.

Learned societies get called all kinds of things globally - National Academies, Academic Associations, Scholarly Societies, but essentially, they represent, for anybody of expertise, an opportunity to showcase their excellence. There is no point in forming a learned society unless you feel that your body can offer or explore the furthest boundaries of knowledge, skills and attitudes attendant on a speciality. Generally, they showcase disciplines or professions, though very commonly they grow and then coalesce to present an overarching intellectual area, like the Arts, or Sciences, Social Sciences or Humanities.

According to Leone Bernade (2015) some of the functions of learned societies are: “facilitating exchange and networking amongst its members through meetings and conferences; publishing journals and book series; awarding prizes and bursaries; providing educational and developmental opportunities; and representing its discipline, sub-discipline or field in wider society.” A learned society says, “look to us for expertise, you can trust us, we are non-partisan, we are simply interested in the truth of our speciality” (our emphasis).

The learned society can stay at its subject level: botany, medicine, geography, literature, et cetera. It can be more general as in science or arts for example, and it can be local or, indeed at its most prestigious, it can claim national status. When well organised, a learned society can end up making an enormous contribution to the society it belongs to. Let us give one excellent example, that of Australia https://acola.org/about-us/member-academies/

The Australian College of Learned Academies is an extremely influential construct, and not in any way by accident, ACOLA seeks to be influential through its constitution. The five-member Australian academies are each formally recognised by the Australian Government via the Higher Education Support Act. Through this over-arching canvas they are then able to, and indeed expected to, inform public policy, and innovate in the face of challenges in Australia and globally.

The voice of expertise thus encompasses everyone capable, the very best minds, whether from Higher Education or not and it is completely cross-sector: hence its tremendous value.

All countries have numerous learned societies, Namibia has a number including, of course, the Namibia Scientific Society and the Law Society of Namibia. Botswana has its National Learned Society. Let us even recognise that Wales, in the UK, has one https://www.learnedsociety.wales/about-us/. Countries are replete with experts, but most often participation is about personal learning, conference updates and let us never forget the important opportunities for intellectual friendships and networking: these things are very important in our societies today. However, a national learned society could be an opportunity for high-level impact from the conference of the greatest minds in any country.

How would this be funded, this higher-level Council of Learned Societies? For sure, if you professionalise something in this way, something previously voluntary, then certainly it needs funding. Funding is a further question, and not for this article, but before asking how a thing is to be funded, we must ask whether a thing is needed.

Perhaps Namibia, as an African country with some of the best academics and professionals on the Continent, should shortly find the time to stand up with the creation of an over-arching coordinated National Learned Society to lay claim to the very things mentioned above.

In our research, we found enough evidence that proves that the area of learned societies needs to be further explored both locally and intellectually.