Home / Opinion: Paying the price for democracy in Eswatini

Opinion: Paying the price for democracy in Eswatini 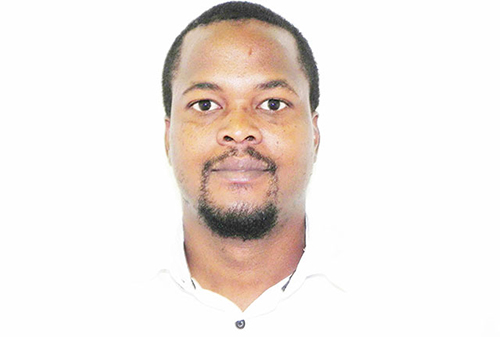 What began as peaceful protests by students of the University of Eswatini (UNESWA), demanding answers on the disappearance and subsequent confirmation of the death of Thabani Nkomonye, reached a climax on the 28 and 29 of June as widespread violence and untold human suffering gripped the Kingdom of Eswatini.

Eswatini, formerly Swaziland, is a Southern African country, bordered by South Africa to its north and Mozambique to its northeast.

The country has a population of 1.1 million inhabitants, of whom a vast majority (58.9% is in rural areas) live below the poverty line, according to official statistics by the United Nations World Food Programme (WFP).

What began as a family search for their missing son brought about a challenge to the Unitary Absolute Monarchy, which gained independence from its status as a British Protectorate on 6 September 1968.

Although political parties were banned in the kingdom in 1973, the revised constitution of 2005 guarantees Freedom of Association.

It is under these freedoms that young people have mobilised themselves to challenge the monarchy, whom they accuse of abusing power, unequal distribution of the countries’ resources and maintaining a status quo, characterised by unemployment, nepotism and lack of business opportunities.

“In any nation where there is widespread poverty and huge income disparity, there is bound to be simmering tension that re-surfaces time and again, until it eventually blows up, like the events we are seeing now,” explained one of the students involved in the demonstrations over the past few weeks.

Eswatini is ranked as the 10th country with the highest inequality in the world, and Nkomonye’s death is described as the straw that broke the camel’s back.

Witnesses point at growing discontent with the monarchy over the years as the main reason for the protests, which have brought the country to a standstill and transformed once vibrant urban centres into ghost towns.

The protestors are demanding a limiting of the King’s powers.

King Mswati currently has the power to appoint a prime minister.

He also appoints ministers as well as 20 members of the 30-member senate.

The only direct participation citizens of the Kingdom have is in the voting of 59 members of the House of Assembly, who are elected directly by their constituents to serve five-year terms.

The excessive power the Mswati wields has brought about discontent, which has seen at least 40 deaths (according to unconfirmed figures) since the demonstrations began in mid-June.

The Minister of Information, Communications and Technology in Eswatini, Her Royal Highness Princess Sikhanyiso Dlamini, in a television news report with the British Broadcasting Corporation’s (BBC) Focus on Africa blamed the death of protestors on ‘foreign mercenaries with an agenda of destabilising the country as responsible for the murders that have taken place over the past couple of days.

However, an inside source within the Kingdom, who spoke to the author on condition of anonymity, cautioned that one should not expect the truth to come from the princess, who is the eldest daughter of King Mswati.

“It is difficult to know the facts for sure.”

“There are groups of armed bandits who have taken advantage of the volatile situation to make money”.

“They do this by setting up roadblocks and makeshift toll booths, and demand money from road users,” the inside source said.

Other acts of violence that have taken place over the past weeks include arson, burning of tyres in the streets, attacks on shops and businesses, looting as well as assault on pedestrians.

The Southern Africa Development Community (SADC), a 16-member economic community, of which Eswatini is a member, has noted “with concern the reports of violent disturbances in the Kingdom of Eswatini” in a vaguely drafted media press, release by the Chairperson of the SADC Organ on Politics, Defence and Security Mokgweetsi Masisi the President of Botswana.

The Kingdom has invited the organ to a fact-finding mission to the country, which commences on 4 July 2021.

It will be interesting to note what discoveries this fact-finding will make in a country, where all state institutions, including media, are controlled by the King.

The internet has been shut down and a curfew imposed.

Social media networks are only open on a rotational basis and media practitioners have been threatened not to expose the violations of fundamental human rights by a monarch, whose opulent lifestyle and that of his family has given rise to discontent in a country that is ranked 138th of 189 countries in the Human Development Index.

Journalists say they do not feel safe.

Those who do speak out speak only condition of anonymity, giving due regard to their safety.

“Eswatini has the highest rate of HIV prevalence in the world; more than 50% of children under 17 are orphaned, and the proportion of people living in poverty remains very high”.

There is a crisis in the Kingdom, exacerbated by the Covid-19 pandemic; as Africans, we need to offer hope by telling the world of the emerging humanitarian crisis brewing on this side of the continent.

*Vitalio Angula is a socio-political commentator and independent columnist