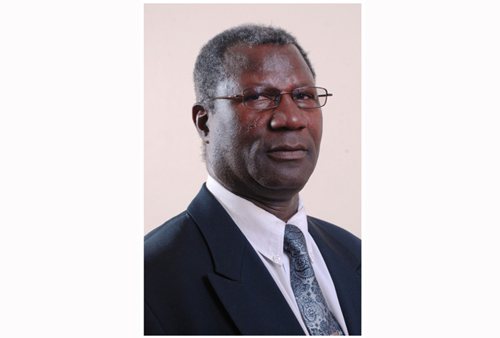 The international conference on safety of fishing vessels took place in Torremolinos, Spain in March –April 1977, pursuant to resolution A. 369 (IX) adopted by the International Maritime Organisation (IMO) assembly in 1975.

Adoption of the Torremolinos convention has to be considered as a big step towards the improvement of safety of fishing vessels and it was the first time that compulsory safety regulations for fishing vessels were agreed internationally (except for the provisions of chapter V of the 1974 SOLAS convention).

It contains chapters on construction, weathertight integrity and equipment, on stability and associated seaworthiness, on machinery and electrical installations, on fire protection, on protection of the crew, on life-saving appliances, on emergency procedures, on musters and drills, on radiotelegraphy and radiotelephony, and on shipborne navigational equipment.

Suitable stability of fishing vessels is of paramount importance, and intact stability criteria was incorporated into the text of chapter III of the convention. Similarly the effects of water on deck can adversely affect the stability of the vessel for which a sufficient reserve or residual stability should always be available (annex 6).

The final act of the conference also contains attachments, one containing a summary of survival craft and rescue boat equipment, another containing several recommendations which include guidance on particular methods of calculations in respect of stability and subdivision, on precautions against freezing of fire mains, on use of certain plastic materials and some others referred to in regulations of the convention.
One of the attachments includes resolutions adopted by the conference referring to the future development of certain provisions of the convention, e.g. fishing vessels of novel design, stability provisions, refrigerants, life-saving appliances, training and certification of crews, etc.
A general comment from powerful fishing nations which are reluctant to ratify the convention in its present form is that in certain areas the provisions of the convention go beyond the requirements of the 1974 SOLAS convention for cargo ships, i.e. stability, fire protection in respect to the use of non-combustible material which increases the lightweight of the vessel, radio equipment due to the implications of the new systems (global maritime distress and safety system) and life-saving appliances due to the lack of space and operational problems for lifeboats. Consequently, an IMO initiative to revise the convention is underway.

In the 1980s, it became clear that the 1977 Torremolinos convention was unlikely to enter into force, largely for technical reasons, and IMO decided to prepare a replacement in the form of a protocol.

The 1993 Torremolinos protocol was adopted in April 1993, and will enter into force one year after 15 states with at least an aggregate fleet of 14 000 vessels of 24 metres in length and over, have ratified the protocol. The protocol updates, amends and absorbs the parent convention, taking into account technological evolution in the intervening years and the need to take a pragmatic approach to encourage ratification of the instrument.

The protocol takes into account the trend to exploit deep-water fishing grounds on a large scale and to conduct fishing operations in distant waters, resulting in the building of a new generation of more sophisticated fishing vessels. To be successful in their operations, these vessels have to be fitted with advanced fish finding and navigation equipment.
Fishing vessels must also be equipped to carry out environment-friendly trawling, introduced to preserve fishing resources as well as the seabed.

Namibia is not a party to Torremolinos, but we have adopted the convention standards into the construction of fishing vessels regulations. We are planning to ratify the new version called Cape Town agreement.

Forty-eight states signed the Torremolinos declaration, publicly indicating their determination to ensure that the 2012 Cape Town agreement on fishing vessel safety will enter into force by the tenth anniversary of its adoption (11 October 2022).
Finally recommending the general trend in modern designed fishing vessels, if they are to be economically profitable, must include improvements in machinery and fishing gear, improvements in safety features as a whole and better working conditions for fishermen.