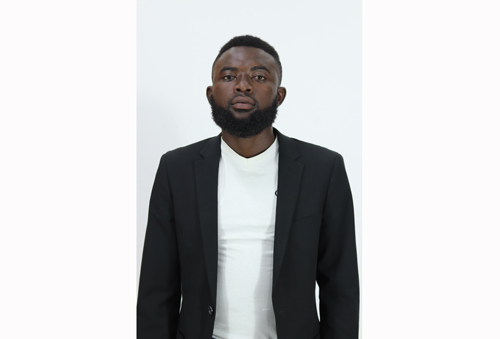 Namibia is made up of 14 regions and proper service delivery should be availed to all the regions. The ministry of higher education facilitates the affairs of NSFAF, now we want to make it clear that NSFAF is abusing Article 20 sub-article 1 on the Namibian constitution by denying their rights to education. We also want offices to be in all 14 regions of Namibia so that all our problems can be easily solved. We have on numerous occasions tried engaging the leadership and some have said “we don’t have money” and the CEO last year responded to a journalist that ‘some of the regions have abused the offices such as Kavango East region’. We were shocked to learn that if a parent has an argument with one of his daughters that he punishes all the children. One of the major reasons is poor service delivery, as a result, not every student is paid each year even after they have signed their contracts and have received their award letters. These days, it has become very hard to get funding as a student and we end up abandoned. They have created policies that disadvantage us from getting funded. How is it possible that you are funding someone who has failed grade 10 and 12 and leave out those with qualifications or at least has been at a university before?. NSFAF is turning 26 years old this year and by the look of things, the administration is not allowing them to function properly countrywide. We have students that are not paid from 2017 but the institution is saying otherwise, thus we need it to be that if we sign a contract in 202,  let us all be paid in that year, that’s a practice of inclusive funding. Today they have rejected all the students doing entrepreneurship and new venture and yet most of the students are not paid to date. Because of policies that they have created, they are leaving out Namibian students unfunded.

Given the circumstances in Namibia in terms of development, entrepreneurship is the only road to sustainable development and inclusive education. We need students that can create businesses and create employment opportunities for others but these students are going to school with fear and stress of not having the fees to pay at an institution. We are appealing to the nation both government and non-governmental organisations to assist all the students doing entrepreneurship. There are many things that students want to be assisted by NSFAF officials but they are only found in the city, what is special about Windhoek that we have to travel more than 1000km to get assistance?. We need the offices back in the regions. This is Namibia and it’s a democratic country, why do they want to practice apartheid system on us because that’s what is happening, how can we have one office in a country? Unless you are telling us that that service is only for people who are in Windhoek when students will try by all means to call them, sometimes they get answered but most of the time students are not attended to and that is why we need them in each region. To start with, they should begin this in 2021. We do not want the excuse of not having money, I think those points have been exhausted and are not a valid reason for us. That’s why year and year, not every student is funded according to the contract signed and we can prove that. The time to be colonised has passed. As a leader representing the students,  I have to stand and ensure that there is quality funding for every Namibian student. Sometimes students want just to enquire or reach out for assistance but that will buy them a lot of time, to do so they will have to use a lot of cash by using internet connection for them to get in touch with NSFAF officials. Not every student is coming from a better family to have access to the internet daily, some of us come from the bush and we are not exposed to technology. Namibia has not yet reached that standard of the modern way of living. Resources must be shared equally. We need them nearby so that our problems are easily solved please and we also want good officials who know how to communicate with students because I believe there were decentralised offices at some point but those who were working there had no love to work or help students, sometimes there was favouritism.

So, we are saying that those are not the people we need in the new offices to be in our towns because I believe that for NSFAF to come into existence, it was because of the students, we want the future generation our brothers, sisters, nephews and even our sons and daughters out there who are still at school dreaming to come further their studies at any of the institution in Namibia particularly the University of Namibia.

Students are not able to log into their NSFAF portal on time and this leads to rejection as students cannot access their portal to upload needed documents. It costs students to buy credit and connect to SuperAweh in order to send emails or call them. NSFAF does not attend to students effectively and mostly, they pick students’ calls neither respond to their emails. We want the service to be brought near to reduce cost, students matters regarding financial assistance to be attended or responded to in a short time. I have been in the capital city here and there and it’s very costly, for the love of my students, it hurts seeing a student who has no choice but to drop out of school because of the policies made to disadvantage students. The question of reflection is if there were no students will NSFAF really exist?. Now that they are given the mandate to assist the students financially they create policies to eliminate some of the students. We are calling the ministry of higher education that runs that institution to ensure that no student is left out in the funding mechanisms.

* Ansfried Moyo is a former LRC for external affairs (2020) at Unam Rundu campus and writes in his own capacity.

Top trending - When it rains, it pours

A Day in the life of Paula - As you think, so you become

unWrap - Nakale on his health, new music and state of the arts

Opinion - Can I borrow against my pension fund?

Opinion - Future of education sector amid and post-Covid