Home / Opinion: The flaws and scrimmage of legalising abortion (part 2)

Opinion: The flaws and scrimmage of legalising abortion (part 2) 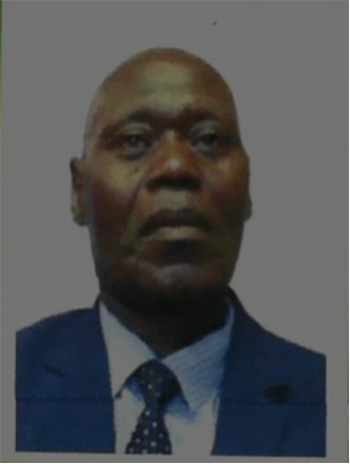 Today, some people mock Christians who look to the Bible for moral direction on issues of abortion, claiming that people should not look to the Bible to know that certain acts, such as murder and stealing, are evil. These sins are against the law of nature and the nature of God.

How can these be legalised by any means, abortion included? There is no way Christians will doubt that the Bible teaching abortion as wrong can be condoned, because science affirms so without a shadow of a doubt that the preborn child is a human being.

Moral and reasonable people will also agree that it is wrong to kill innocent human beings.

As the case may be, they allege that the Bible does not mention abortion. Abortion has been more of a scientific question than a religious one.

Many pro-abortionists argue that Christians might oppose abortion because of Biblical reasons. They often argue that Christians have no use for science, while in the true sense of it, they utterly ignore science themselves in their support to defend abortion at any time in pregnancy and beyond in some cases.

These people ignore all evidence proving the existence of fetal pain.

They are willfully ignorant of fetal development and simply ridicule post-abortion syndrome and abortion-breast cancer that is resultant.

Pro-abortionists as a result have difficulties when confronted by an atheist or agnostic pro-lifers who argue solely from the scientific point of view.

Pro-abortionists generally base their opinions on neither science nor religion, but mere feelings.

As MSNBC host Melissa Harris-Perry said: “When does life begin? I submit the answer depends on an awful lot on the feeling of the parents.”

When asked what a preborn baby feels when it is being killed by abortion, abortionist Michael Ballard replied, “Oh, I think that depends on your philosophy.”

What philosophy? Can a person be judged by his philosophy in the law of a country when he has committed a crime or will he be judged on the legalised statutes of a country?

If anyone can be judged by the way he feels, then there is no need to say that crimes are not accepted in a state.

When a government legalises an evil act, it indicates that it has agreed that it will represent the people it governs in this sin and that it becomes a culture and a norm for generations to commit such sin as if it was a right or a license to perpetuate this sin while in the true sense; it is violating the law of God and leading its nation to be cursed and fighting against God.

The Bible has some strong evidence regarding the life of a person and abortion has no room in God. Even so, pro-lifers can easily point to the Bible to support their position. There are many sins that the Bible condemns implicitly, or indirectly. For instance, the commandment “thou shalt not kill” certainly applies to sins such as serial killing, terrorism and the indiscriminate bombing of civilians during warfare, though these are not specifically mentioned in the Bible.

Pro-abortionists sometimes justify abortion by casting the preborn child in the role of an “aggressor.” This is illogical, because aggression requires conscious intent. Second, the Bible teaches that human life, created and nurtured by God, is present in the womb of the woman from the very beginning. Psalm 139:13, 15 praises God: “For thou didst form my inward parts, thou didst knit me together in my mother’s womb….my frame was not hidden from thee, when I was being made in secret, intricately wrought in the depths of the earth.”

Third, all genuine religious people agree that God opens and shuts the womb and infuses the human body with a soul. There are more than a dozen Biblical references referring to this. This means that God certainly intended to create human life, and we have no right to interfere with His will regarding its creation.

God does not act randomly or without reason, despite what some pro-abortionists advocate or allege. He creates every child for a purpose. Psalm 127 specifically refers to children as a “gift of the Lord” and as a “reward.” We do not have the right to disrupt or destroy His plans. Abortion is a supremely arrogant act because it imposes a creature’s will over God’s. Is this not the definition of all sin  stubbornly refusing to do God’s will for our lives?

Finally, God is not inconsistent. He has loved us all with an infinite love for all eternity – long before we were even conceived. He has said to us, “I have loved thee with an everlasting love” (Jeremiah 31:3).

If He values men He named, He values all of his created preborn human beings. The conclusion is inescapable.

No other honest or logical conclusion is possible. The hypocrisy of pro-abortionists and pro-abortion “Christians” do not believe in the Bible, and there is an easy way to demonstrate this.

If they try to explain these many verses to entertain theological conclusions, then you can see that they do not care what the Bible says unless it supports their viewpoint. The Bible repeatedly and forcefully condemns other sexual sins such as lesbianism, homosexuality (homophobia) and adultery, yet pro-abortionists tolerate and support these as “basic human rights.” Although many Biblical passages denounce these sins, Frances Kissling casually stated, “I really think God cares very little about the sexual rules, about who is sleeping with whom, other than to wish that we treat each other well and with respect”.

This is Biblical proof that they are acting in a hypocritical manner by trying to give the impression that they are believing Christians when they are not. After taking the second medication of abortion tablet at home, a woman may suffer or experience the following: diarrhoea, headache and fever; pain usually within half an hour and generally much stronger than period pain; bleeding one to four hours later and this is heavier than a period and there may be large clots. Where to, Oh Women, with abortion that kills the life of a preborn? If you were killed at this stage, would you be here today?

Some of the effects of abortion in women who go for abortion are the following: bleeding that lasts on average 14 days, but can last as long as 21 days; cramping; dizziness; drowsiness; nausea; vomiting; damage to the womb or cervix; excessive bleeding; incomplete abortion that may require additional surgical abortion procedure; infection of the uterus or fallopian tubes; scarring of the inside of the uterus; sepsis or septic shock; uterine perforation; death thereafter; STDs and pelvic inflammatory disease; mental health; infertility and future childbearing; sexual dysfunction; breast cancer, etc.