Poaching cases down in 2020 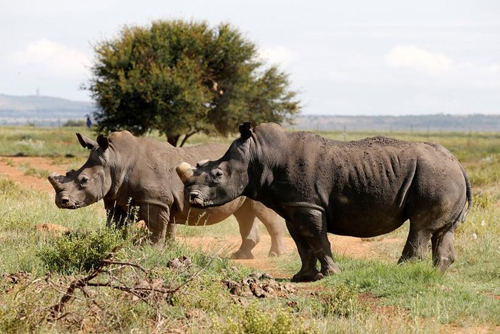 Namibia has registered a drop in rhino poaching from 52 cases in 2019 to 31 since the beginning of last year.
In 2018, the country lost 81 rhinos due to poaching, 66 in 2016 and 97 in 2015. The 2020 figure is the lowest in the last five years.
Addressing a media conference yesterday, environment minister Pohamba Shifeta said more resources have been allocated to fight poaching, and more stakeholders have come on board to support efforts to stop the gruesome practice.

Since the start of the current elephant and rhino poaching problem, government, through the ministry, has supported law enforcement and security agencies by implementing measures to curb poaching in the country.

Many high-level perpetrators of wildlife crimes were arrested in Namibia during 2020, particularly related to rhino poaching and trafficking. Arrests included kingpins, middlemen, and various aiders and abettors, rather than only poachers.
For the government to do more and improve on programmes and projects for wildlife protection and law enforcement, the ministry has come up with a revised strategy, launched yesterday, that will serve as a policy document with the primary objective of establishing common approaches to the protection and conservation of wildlife.

As for human-wildlife conflict incidents recorded in 2020, 813 livestock were killed by wild animals and 3 450 hectares of crops were damaged.
Unfortunately in 2020, Shifeta said, the country lost two human lives, both caused by crocodiles. One person was injured by a baboon, six by buffaloes, one by an elephant, one by a hippo, three by leopards, and two by lions.

The ministry through the Game Product Trust Fund spent over N$5 million on individuals, farmers and conservancies for livestock losses, crop damages, injuries to people, and loss of life under the human-wildlife conflict self-reliance schemes
– mndjavera@nepc.com.na