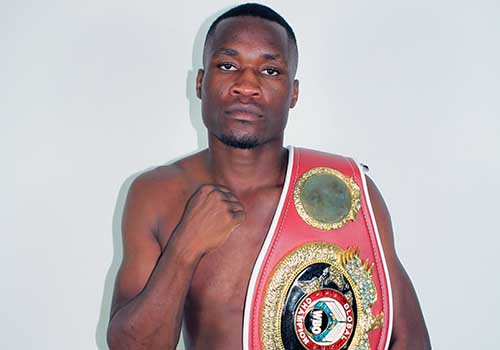 Local boxing promoter and trainer Nestor Tobias has said all is set for next month’s Together as One Part-6 Boxing Bonanza, which will be held at Helao Nafidi in the Ohangwena region.

The event is slated for 19 March and will be headlined by Philipus ‘Energy’ Nghitumbwa, who will defend his WBO Global super bantamweight title against Tanzania’s Tony Rashid.

Paulinus ‘John John’ Ndjolonimus will also be in action on the night when he defends his WBO Africa super bantamweight title against Erick Tshimanga from the Democratic Republic of Congo. Charles Shinima will take on South Africa’s Mziwoxolo Ndwayana for the WBO Africa welterweight title.

Speaking to New Era Sport, Tobias said boxers have been hard at work putting final touches to their preparations and as for all other logistical matters, the renowned promoter assured that all is in place and going smoothly.

“Our boxers are ready and have been training day and night to ensure they are in top shape. I am happy with what I’m seeing in the gym. We are waiting for the day of the fight so that they can come show the nation what they are capable of,” he said.

Also fighting on the night is Frederick Nghutenanye, who will be facing Reinhold Matheus in a featherweight four-rounder, while Joseph Hihangwa will square off against Tomas Jerobeam in a super middleweight contest over four rounds.

In the bantamweight division, Nestor Thomas will go toe-to-toe with Antonio Moses over four rounds, while Onesmus Nekundi will take on Lazarus Shaningwa in the junior lightweight over six rounds.

Lineekela Nghifindaka will face Ambrosius Kemunini in the junior lightweight division over four rounds, and Sam Mathews will go up against Immanuel Jason over six rounds in the featherweight division.

In the national welterweight category, Emmanuel Mungandjela will take on Bernard Bernard, while Martin Mukungu faces Shitilitha John in the featherweight division over six rounds.

Meanwhile, Sebastianus Nathanael will face Gerson Vaeta in a junior lightweight six-rounder. In the national junior welterweight, Paulus Amavila will square it off against Eson Kalus in a 10-round contest.

Tickets will cost N$20 for children, N$50 for general tickets and N$200 for VIP. - mkambukwe@nepc.com.na