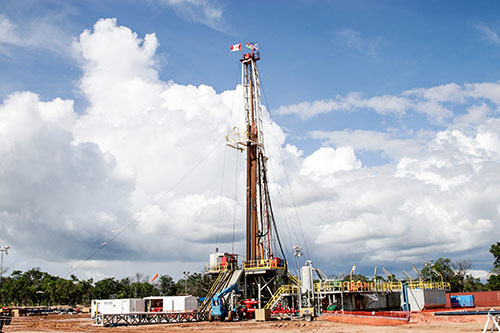 Investors in ReconAfrica were under the impression that the stock they bought will one day be worth eye-watering amounts.

Instead, it is threatening to end in tears for the investors, owners, directors and spokespeople.

On 25 October 2021, an American investor Eric Muller, on his behalf and that of all persons and entities (other than the defendants) who purchased or otherwise acquired shares of the company between 28 February 2019 and 7 September 2021, filed a class action complaint against the company and related persons in the United States District Court, Eastern District of New York, alleging various violations of the federal securities laws.

The company’s only response so far has been to issue a statement, saying, “ReconAfrica will undertake vigorous action to defend itself against any such claims”.

According to court papers, investors claim ReconAfrica made false statements and would use unconventional means for energy extraction (including fracking) in the fragile Kavango region.

“ReconAfrica would skirt Namibian law and hire an inadequate and inappropriate consultant; that, as a result, ReconAfrica risked future well, drilling, and water-related licenses in Namibia and Botswana; that, as opposed to its representations,” the investors allege.

Furthermore, investors claim ReconAfrica did not reach out nor provide adequate information (including in relevant local languages) through accessible means to those to be impacted by its testing and potential energy extraction.

“ReconAfrica’s interests are in the Owambo Basin – not the so-called Kavango Basin. ReconAfrica has continuously engaged in stock pumping; and as a result of the foregoing, defendants’ public statements were materially false and/or misleading at all relevant times,” read the court papers.

Stock pumping, also known as pump and dump schemes, are schemes where fraudsters typically spread false or misleading information to create a buying frenzy that will “pump” up the price of a stock and then “dump” shares of the stock by selling their own shares at the inflated price.

An anti-fracking activist, Canadian-Namibian Rob Parker has accused ReconAfrica’s top brass of profiting from the increase in the stock price.

He said: “Recon insiders are profiting from the rise in the share price because they are selling their shares (which they got at a very low price) directly into the market when the share price reaches high levels. Insiders such as geologist James Granath and the ‘Father of Fracking’ Nick Steinsberger have sold their shares, making hundreds of thousands of dollars. ReconAfrica founder Craig Steinke has divested a massive amount of shares using his farm-out option as detailed in National Geographic’s 21 May article. According to that reporting, it appears he may have pocketed tens of millions of Namibia dollars”.

He also accused them of making false and misleading statements that created risks for investors.

“When these misstatements were revealed, the share price dropped, causing investors to lose money,” said Parker.

He said every time the company had to make statements on the actual viability of its activities, or a damning media report was published, like the New Era’s story on 12 May 2021: ‘ReconAfrica still years away from commercial drilling’, the stock price dropped.

“When Namibia’s petroleum commissioner in the Ministry of Mines and Energy, Maggy Shino, on 8 April stated ReconAfrica will not be conducting any fracking activities in Namibia as no licence for such activities was granted – neither is it being contemplated, ReconAfrica’s share price took a dive because they’ve sold the idea of fracking heavily to their investors,” he said.

ReconAfrica’s value increased from US$191 million at the start of the year to more than a billion dollars in mid-May.

The Canadian oil explorer has been through the wringer in recent months, having fielded accusations of not sufficiently consulting with communities on the ground – not having the required licences and that their exploration activities have not been done with the necessary sensitivity.

Namibia, through the National Petroleum Corporation of Namibia (Namcor), owns 10% of the licence, while ReconAfrica owns 90%.

During a Parliamentary Standing Committee on Natural Resources hearing recently, chairperson Tjekero Tweya, former trade minister, said ReconAfrica has already benefited financially through the Canadian Stock Exchange from the licence they obtained from the Namibian government for exploration in the two Kavango regions, “while Namibia is getting zero.”