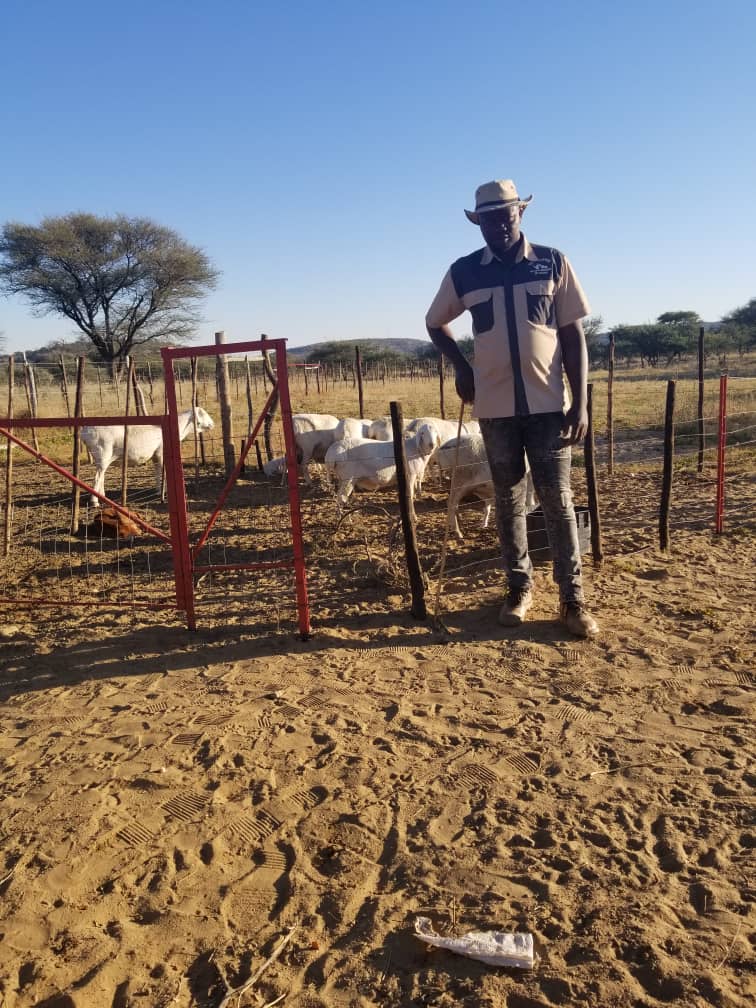 Farming on communal land has never been easy, especially so if you are a specialised stud animals farmer. This is the daily struggle Tjivii Tjombe and others in his position are faced with.

Tjivii is a stud breeder of the Van Rooy sheep at the Okandjira settlement in the Ovitoto area of the Otjozondjupa region.

The milk production of the Van Rooy ewe, coupled with its ability to use natural grazing in adverse conditions, ensures maximum production in drier areas.

The present-day Van Rooy sheep is still run mostly in arid areas where survival and reproduction on natural grazing are essential for the economic production of meat.

Van Rooy ewes can be mated throughout the year and are ideally suited for accelerated lambing systems.

Some farmers also take advantage of the hardiness of the Van Rooy ewe to crossbreed with Dorpers, White Dorpers, Dohne Merinos and others to produce a heavier slaughter lamb.

It is from Okandjira that Tjivii has been eking out a living as a full-time farmer, after exchanging the bright lights of Windhoek with the ‘veldskoen’ and overalls that defines his daily work in 2016.

“It is a daily struggle to survive as a stud breeder in the communal area, but it is not an impossible task. There are ways to make sure you always come on top, and it mostly centres on being at the top of your game all the time. Never drop the ball at all,” he said.

Tjivii’s liking of farming was no surprise; he had been closely following in his father’s footsteps from a tender age. At the back of his mind, he said, he always knew he would one day give it all up for farming.

After serving for a handful of companies in Windhoek, Tjivii decided to test the waters for his first love - farming. He initially carried out research on what type of breed would fit Namibia’s harsh conditions better, and the answer lay much closer than expected.

“It was pretty obvious that this all-white sheep, the Van rooy would one day make me a full time farmer. So, in 2017, I left my permanent employment and ventured into farming full time,” he recalled.

It was only after then, that we came face to face with challenges of  full-time communal farming. Firstly, land availability is limited and so is foraging pastures and water.

For a stud farmer, the odds are stacked even higher, as one has to work hard to make sure the quality of your animals are not compromised.

“You have to be literally behind your animals daily, to make sure they do not mix with other breeds of other farmers and to ensure you have genuine products at the end of the day,” he said.

Also, many buyers attempt to reduce the prices they are prepared to pay for the rams that Tjivii and others sell, always opting for massive discounts.

“Buyers also undermine livestock from communal farmers. But they must understand that our prices are based on what we have placed in the animals. Some people would deposit a ram, take it but never pay the remaining amount,” he said

Despite the challenges, Tjivii has managed to make a success of his farming by scooping various agriculture trade show prices over the years.

He says he still holds on to some cattle at his plot, not only for diversification sake, but as a lifeline whenever his prime business struggles.

“You cannot have all your eggs in one basket. Learn to have a security measure in case things don’t work. That’s why I keep cattle so that I can sell a calf or so to support my main business,” he noted.

The Van Rooy is a medium- to large-framed sheep, and both rams and ewes are polled. The tail is characteristically fat-rumped. It has a dewlap from the jaw to the brisket and a very prominent chest and brisket.

The upper part of the body must have a woolly mixture of hair. On the head, legs and lower parts of the body, the hair should be short and devoid of wool.

The tail consists of two parts: the main upper part and the switch. The main portion should be broad and firm, and affixed as high as possible. It is oval in section towards the rear, with a slight upward tilt at the end from which the switch hangs down vertically.

The switch should be smooth with short hair and no wool. The size of the tail should be in proportion with the rest of the sheep.